Welcome to another Marvel Monday! I’m doubling up today in a never-ending effort to get caught up on the unopened Pile of Shame© in my closet. Yeah, it still feels like digging a hole in the sand, but for the first time in a while, I feel like I don’t have quite as many Marvel Legends coming in, so maybe I am getting a little closer to being current. 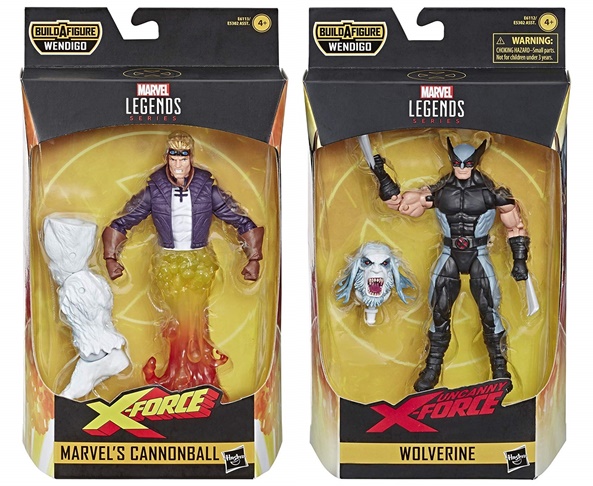 And let’s just go ahead and hit the Wendigo Wave again, because most of that assortment is on top of the Pile and I don’t feel like digging through it only to have it collapse and bury one of my cats in the avalanche. Plus, Cannonball and X-Force Wolverine are a couple of figures that I think I can do proper justice to in a somewhat abbreviated format. I’m going to start with Wolverine! 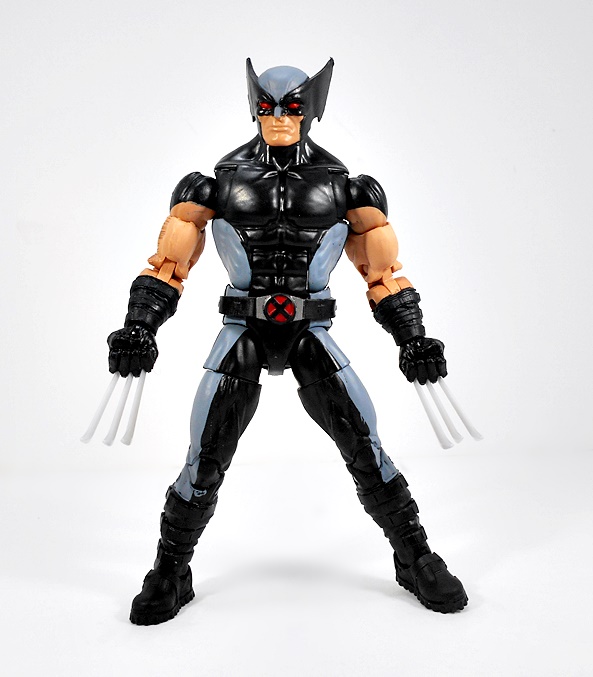 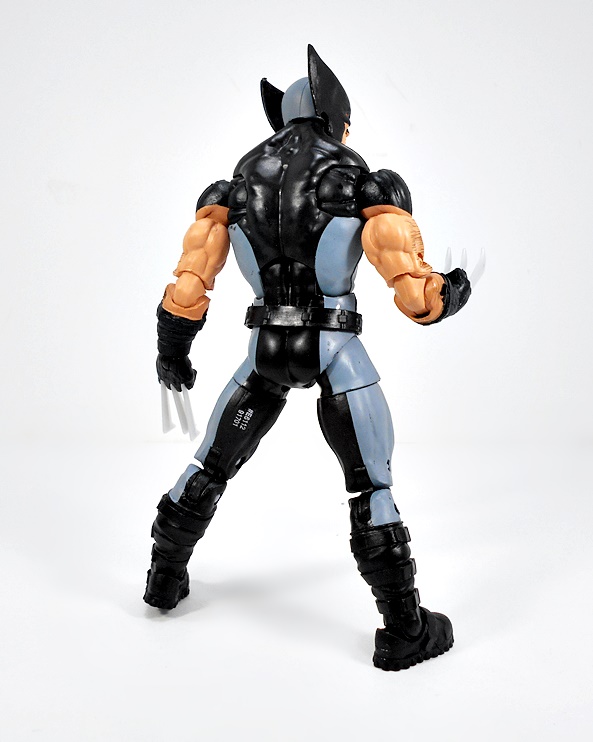 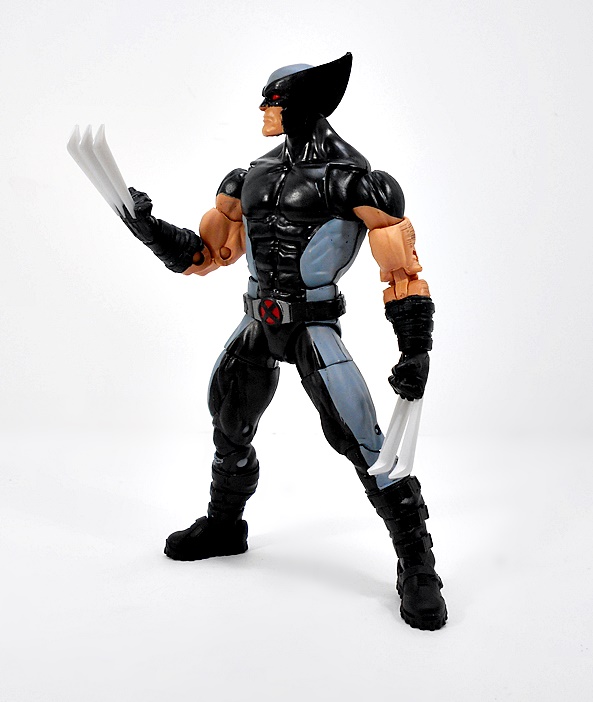 I was expecting X-Force Wolverine to be mostly a repaint of the Logan we got back in the Juggernaut Wave some three years ago, and while I was partially right, there is just enough new sculpting here to make it feel a little fresh. The main changes are in the forearms and lower legs. The previous figure featured the flared comic-style boots, whereas this one sports a pair of heavier combat-style kicks with chunky treads. On the arms, he’s got heavy gauntlets and the more robust blades protruding from his fists. Unfortunately and inexplicably, Hasbro omitted the extra pair of claw-less fists and that sucks. What’s the deal, Hasbro? There was certainly plenty of room in the package for them. Finally, we get a new belt, this time with the X-logo on the buckle. With the recycled body comes identical articulation, right down to those wonderful extra crunches in the shoulders. 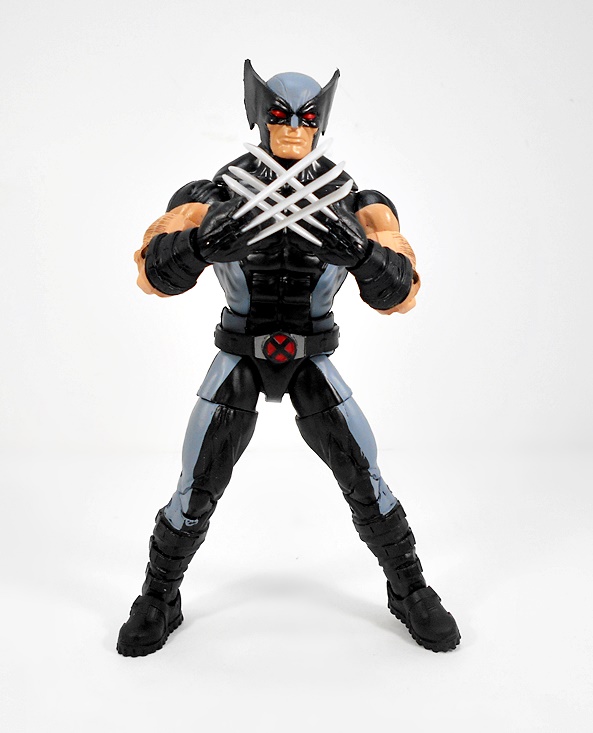 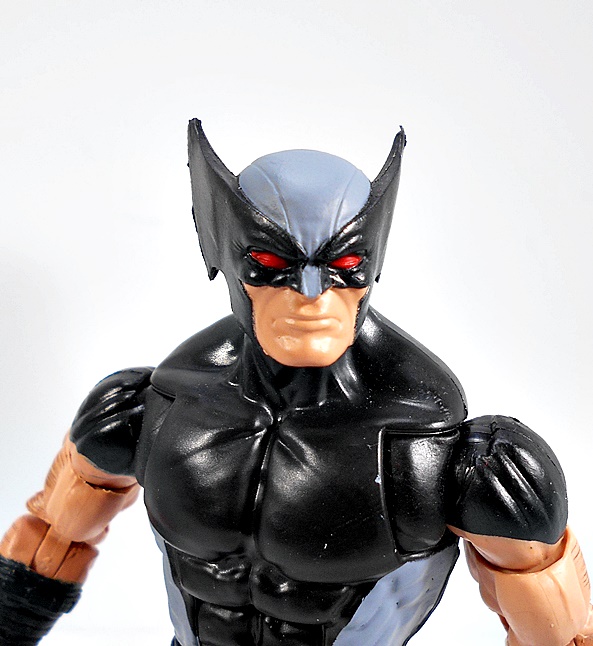 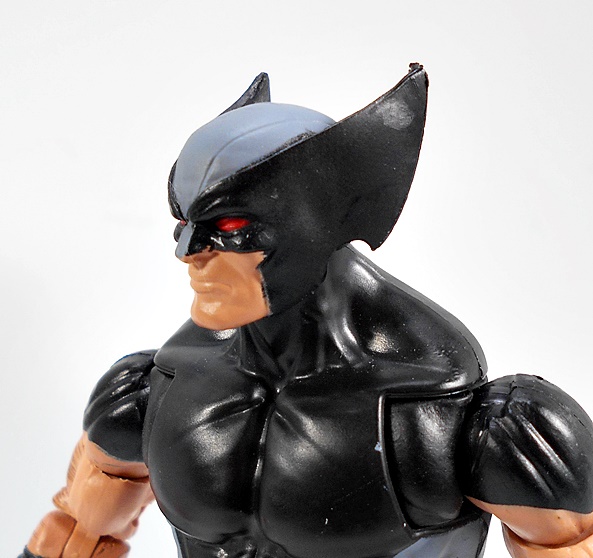 I was surprised to see a few sculpting tweaks to the head. It’s nothing major, but welcome all the same. My only complaint here is that the features on the lower half of his face are a little soft, like they were on the previous release. The gray and black deco looks great on the mask and the eyes are painted red giving him a distinctly sinister look. 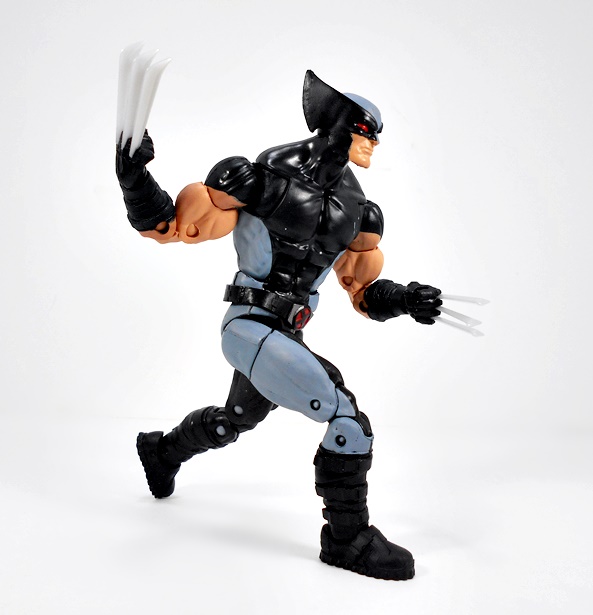 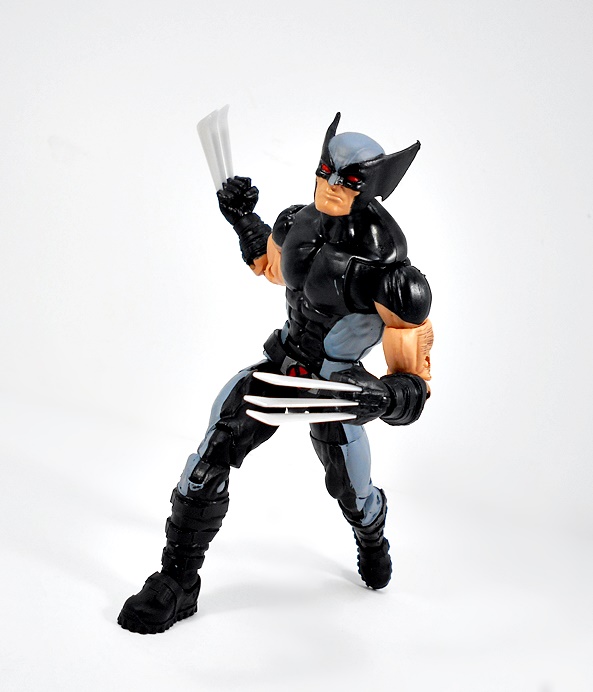 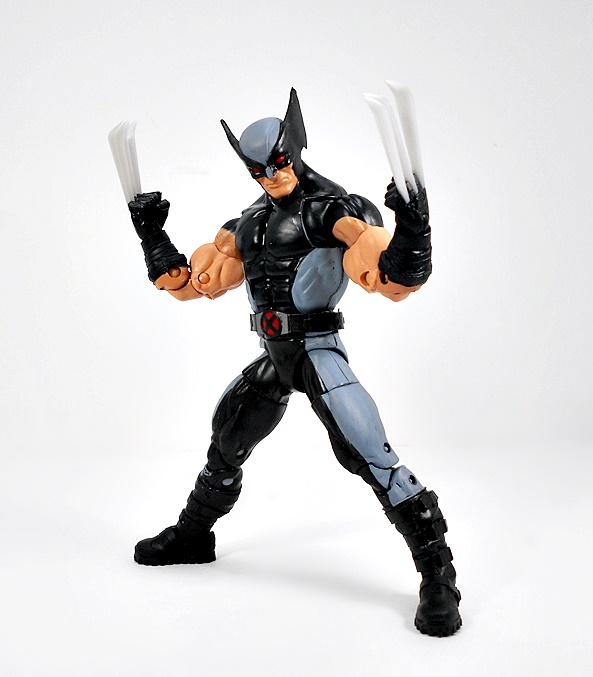 The rest of the suit is repainted in the X-Force colors, giving us that sharp black and gray combo with the space behind the X on the buckle red. Nitpickers will have prime opportunity to complain that the pegs inside the knee hinges are left unpainted, thus showing gray in a field of black. The elbow hinges aren’t effected because his elbows are left bare. The paint lines on my figure are pretty crisp and clean, although there is a bit of gray on the black area of his chest. All in all, X-Force Wolverine is a solid variant that fills a very obvious hole in the Legends X-Men roster. It’s a well put together figure, and seeing as how long it’s been since the Juggsy Wave, I’m not complaining about seeing this one again so soon. Let’s move on to Cannonball! 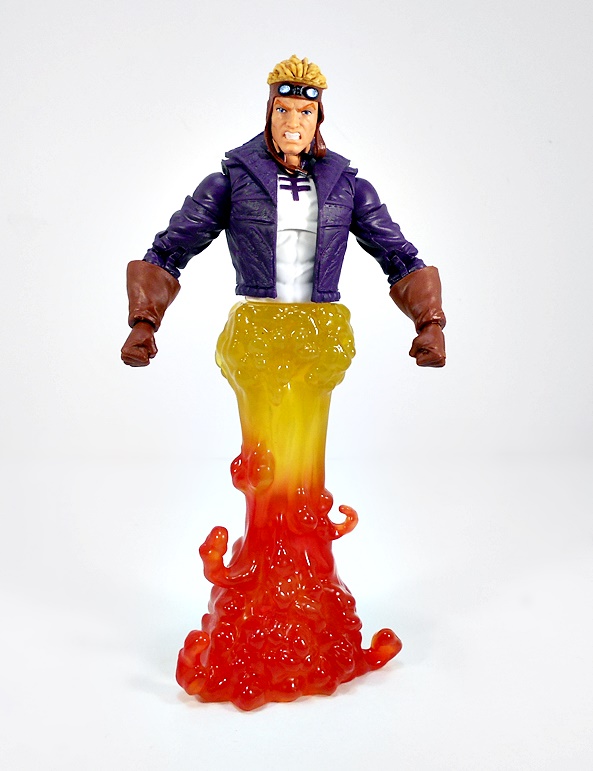 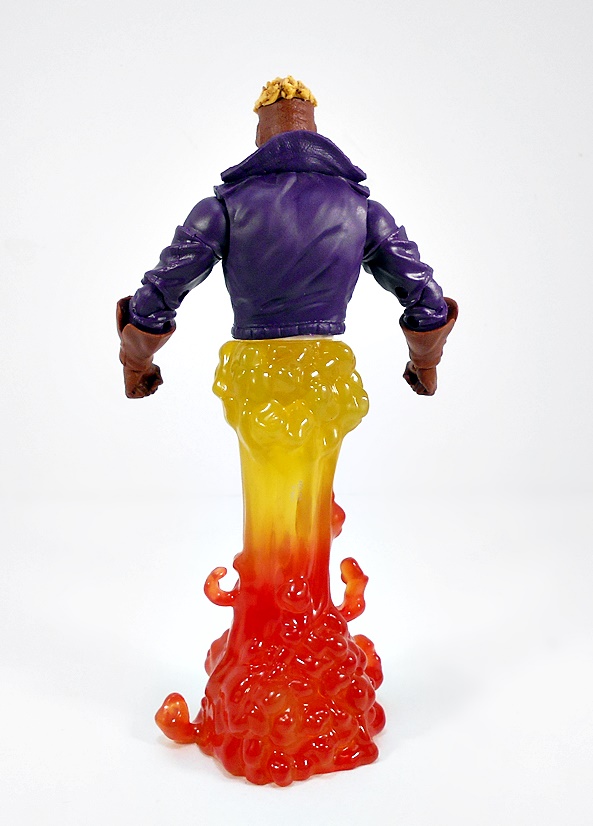 Oh boy! There’s two ways for me to approach Cannonball. One is based on what we got, and one is based on what we didn’t get, and y’all no doubt know where I’m going here. What we got is pretty great. From the waist up the sculpt is excellent. He features his purple bombers jacket, brown gauntlets, and a painted white shirt. 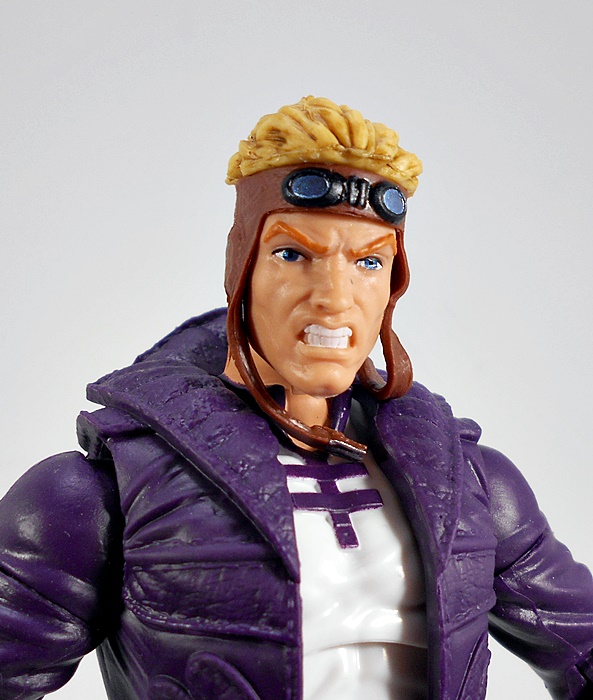 The portrait is also pretty great. He’s got a rather fierce expression with the kind of gritted teeth one would have if one was shooting explosive force out one’s lower half. The goggles and aviator style cap look fantastic, especially with his short blonde hair spilling out the top of it. I got no complaints here! 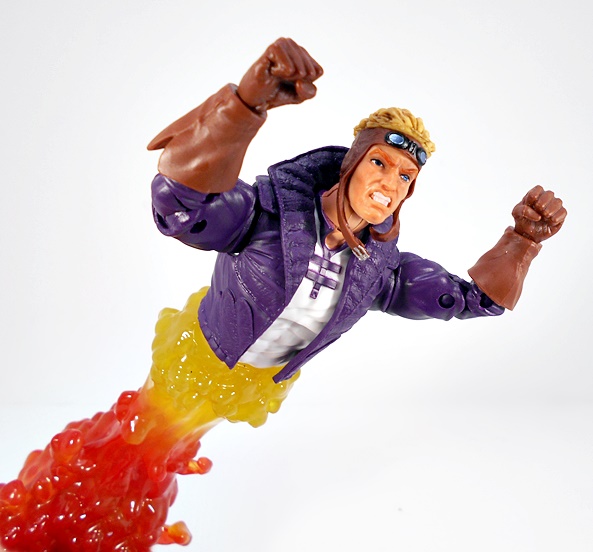 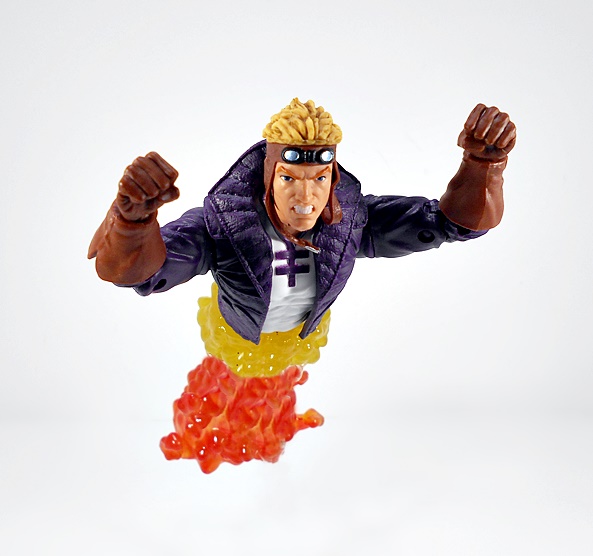 From the waist down we get this effect part of Cannonball flexing his Mutant abilities and blasting off. It’s a decent looking piece, although I would have liked a little more paint around the transition between his body and the blast effect. As it is, it’s just a sharp and jarring line where the effect part plugs into the waist. Ahh, but maybe that’s a minor gripe, especially where I’m going next. That’s right, Cannoball has no legs, and this is outright inexcusable, and yeah, I know I already used that word in this review about Logan’s missing fists. I get it, throwing in a normal lower half for Cannonball is a lot more costly than repacking a couple of fists for Wolverine, and yet I can’t help but feel it’s the more outrageous omission of the two. Hasbro gets so many things right with Legends. They go above and beyond so many times. To not include a normal lower half for Cannonball is just so wrong. And as good as the effect part looks, the figure still looks kind of dopey just standing there on it. It feels like it should have been sculpted with a wider base that would have allowed Sam to be on an angle like he’s in flight. 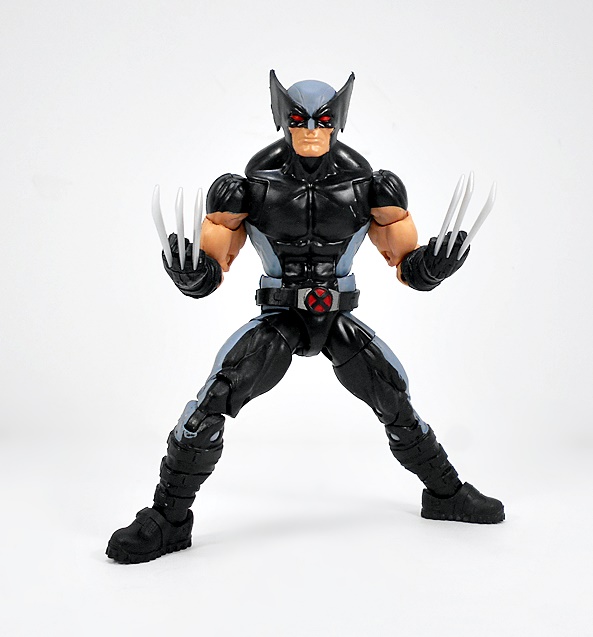 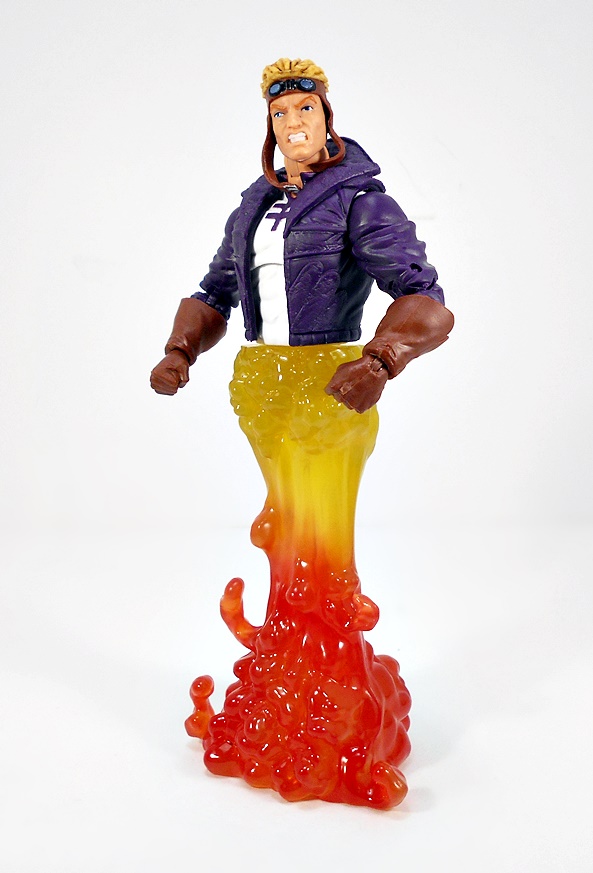 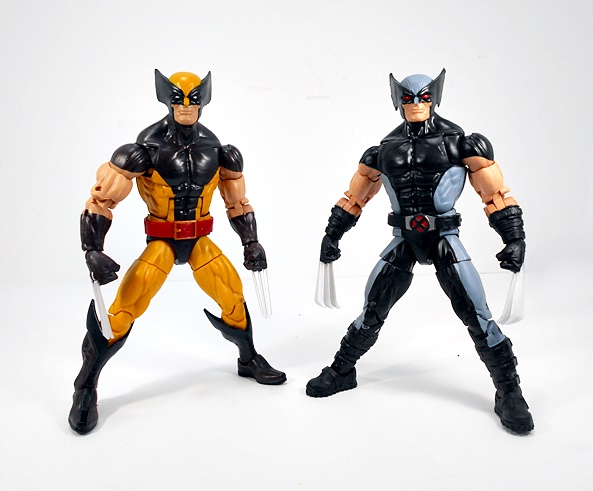 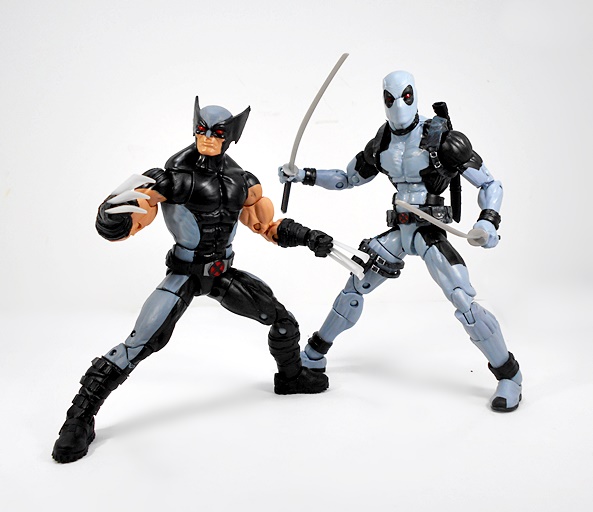 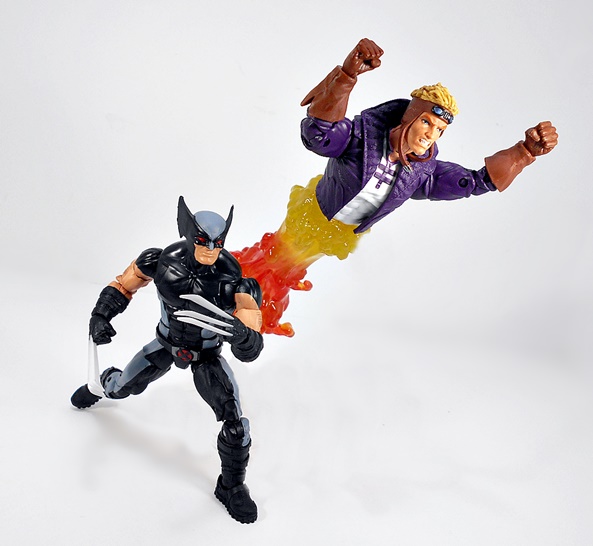 So, today’s Marvel Monday was a real mixed bag. X-Force Wolverine is fine, so long as you weren’t expecting anything terribly new and exciting. It’s just a costume change, and not a terribly dramatic one at that, and that’s OK. Cannonball is superb from the waist up, the effect part is fine, and what’s here is so much better than the one we got from the old Legends line in that two-pack with Domino. But not being able to display him with his powers turned off really sucks. Maybe Hasbro will do right by us and toss in those legs in a later wave, but at this point I kind of doubt it. At best, I’m thinking we might just get an apology figure with legs in a future multi-pack. And you know what? I’ll be the idiot that lines up to buy it!