Last month Funko (partially) shipped their second wave of Savage World ThunderCats, but Cheetara was delayed so I only reviewed the two Mutants from the wave. But now Cheetara has arrived, so it’s time to dig out Tygra and see how the other half of this assortment (and final wave of the series) turned out! 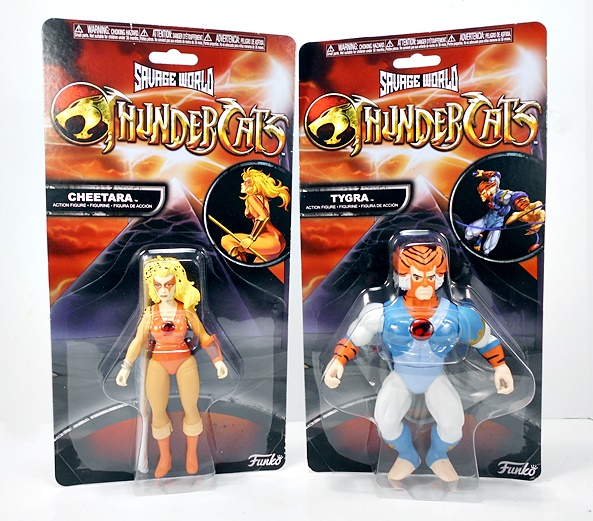 If you’re still unfamiliar with Savage World, this line took a number of existing franchises, coupled them with the vintage He-Man style and produced action figures with varying results. But with the handling of the ThunderCats license in such disarray (from Ban Dai to Matty to Super7) over the years, this line was still the closest we’re likely to come to a somewhat complete line of the main heroes and villains. That is unless Super7 can get us Cheetara and a bunch of Evil Mutants. And to be perfectly honest, I think this particular property is very well suited to this kind of treatment. Granted the original LJN figures weren’t stylized like this, but I dig having them in a format where they can interact with my old He-Mans. The first wave included Lion-O, Panthro, Slithe and Mumm-Ra. The figures come sealed on very collector-unfriendly bubbles and cards, and the cards actually feature character art specific to each figure. Let’s start with Tygra!

Ah, very nice! One of the things that impresses me the most about this line was Funko’s willingness to invest in original sculpting for each figure. There’s some re-use to be sure, and a lot of re-sculpting, but Tygra here represents how easily Funko could have gotten away with just repainting a blank buck, but chose not to. The ThunderCat emblem is sculpted into the chest, as is the sash that runs over his left shoulder. Other points of new sculpting include the border on his left sleeve, the elbow pads, and the boots. As a whole, the paintwork has been quite good on this line and that’s mostly still the case with Tygra here. The lines are reasonably sharp for a figure in this price range, and there’s little to no slop. Indeed, the only thing I can really complain about is a little spot of blue paint on his left foot. And yes, each of the figures have a very obvious and unsightly code printed on their back. 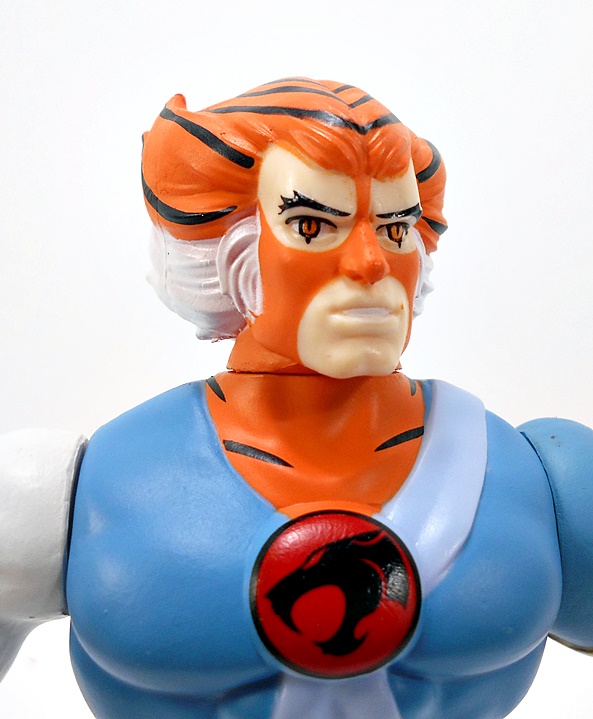 The portraits continue to be excellent, and I’d dare say Tygra’s is among the best. This head sculpt leans into the style of the old cartoon with the flared hair reminiscent of cat ears, whereas the old LJN figure had more of a rounded coif. The sculpted facial features are sharp and the paint here really shines. From the razor sharp printed eyes to the black stripes in his hair, there’s nothing to complain about here. The orange the used for his skin and fur really pops nicely too. 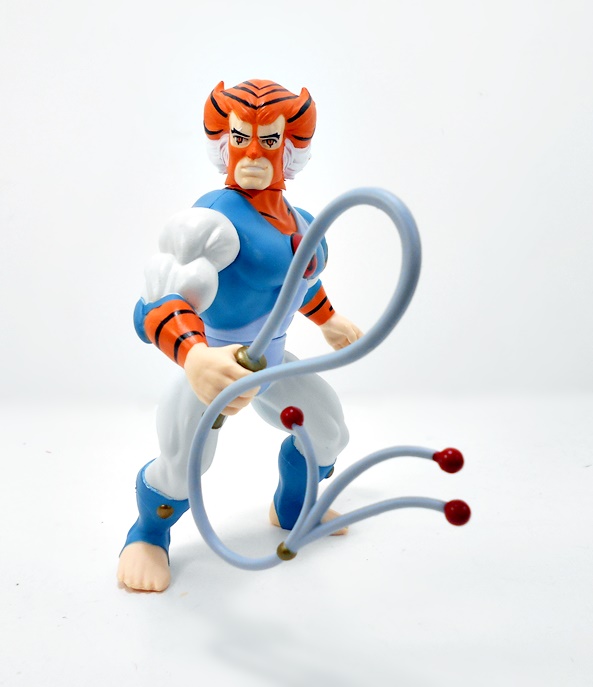 Articulation continues to be standard stuff. The shoulders and neck have swivel cuts, the legs are ball jointed at the hips, and the waist has a swivel but no snap-back action like the old He-Man figures. You get one bagged accessory, and that’s Tygra’s trademark bolo whip. It’s cast in soft plastic and features a painted grip and painted red balls at the end of each of the three strands. My one complaint with these figures is that the grips have been very tight and it can be a chore to get the accessories into their hands, but once it’s in it stays put. Next up… Cheetara! 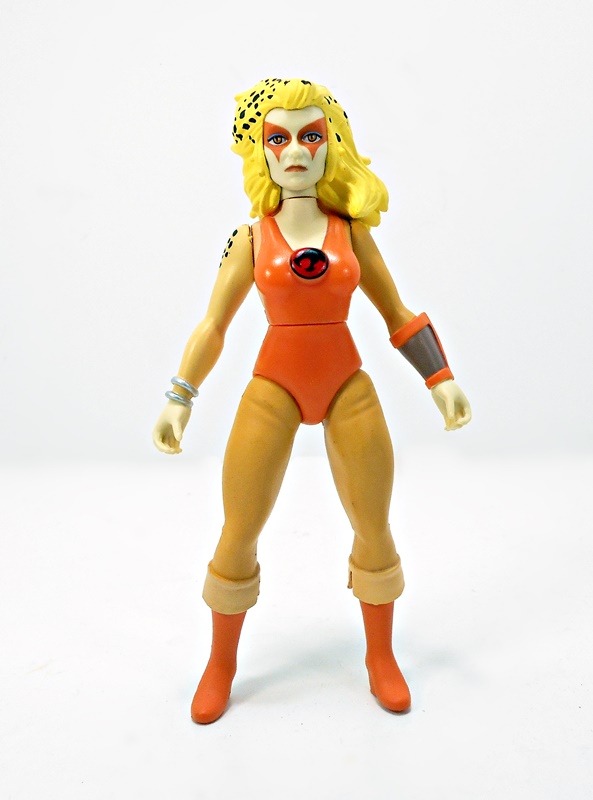 As the first female figure in this assortment, Cheetara uses a slighter female buck similar to what we’ve seen in other Savage World sub-lines. I think it looks great and works well with the guys. The sculpting here is all new, including the top of her one-piece, the ThunderCat emblem on her chest, the bangles on her right wrist and her left arm bracer, and finally her buccaneer style boots. And as with Tygra, the paintwork here is excellent. Little touches include the silver on her bangles and the spots on her right shoulder. I also like the contrast between the glossy finish on her one-piece and chest emblem against the matte used for the rest of the figure.

The portrait  is solid, although the facial features look a wee bit softer than what we got on the rest. She also has more of a blank expression than her teammates. To make up for it, her hair sculpt is absolutely fantastic and the black spots against the yellow really sings.

The articulation here is identical to Tygra’s although Cheetara’s hair renders the neck swivel almost useless. She comes with one accessory and that’s her staff, which has a woodgrain finish to it and is painted over in yellow. She can grip it just fine, but her hands are sculpted with a bit of a turn, which is not ideal for posing with it.

Ans so, I’m happy to say that Tygra and Cheetara turned out great and they round out the team quite nicely! Of course, it was impossible to end this review without bad news as Funko has no new releases listed for 2020 and these appear to be the last we’ll see of Funko’s Savage World. And while the overall reception of this line has been decidedly mixed, I would have loved to see this line continue for at least one more wave. Maybe Jaga, Grune, Pumira, and Vulture Man? Yeah, that would have been a solid end to it, and sure a Cat’s Lair in the same style as the DC Primal Age playset would have been fantastic.  But that’s not to say it’s the last time we’ll see Savage World here on FFZ. While I doubt I’ll be going through all the DC Primal Age releases, I’ll likely dig up the Street Fighter figures at one point when I need some quick-and-easy material for content.