After taking a few detours back into the Transformers: Siege line, I’m switching back to a figure from the first wave of Earthrise Deluxe Classes. This time we’re checking out Cliffjumper, and man it feels like a while since this guy has had any love in the toy aisles! When I think about Cliffjumper, my mind goes to a smaller figure and, while that’s still the case here, Hasbro has upgraded him to a Deluxe Class. Was it justified? Eh, maybe. Let’s take a look… 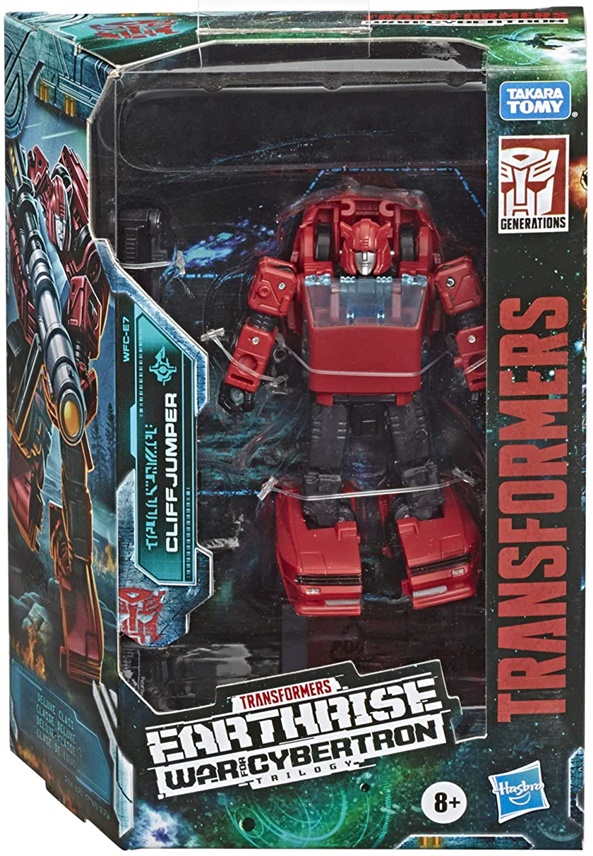 We saw the Earthrise packaging last time with Hoist and I’ll just say once again how much I dig it. It’s collector friendly and I wouldn’t blame anyone for wanting to hang onto it for the bitchin’ artwork, but I don’t have the space to save a bunch of boxes, so I’m going to tear into it. He comes in his robot mode, but we’re going to start with his alt mode. 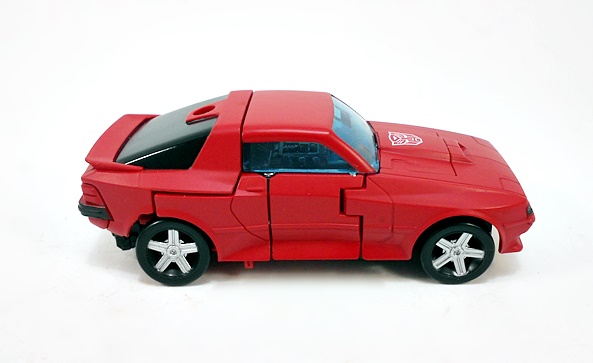 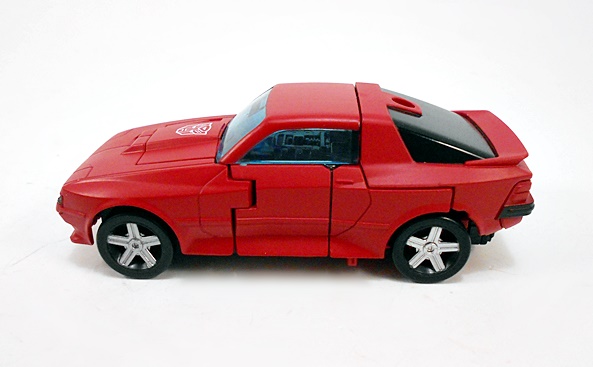 Cliffjumper is sort of faithful to his G1 roots, as he’s still a red sports car, but in this case with a bit of a Trans Am vibe. As such, this alt mode reminds me more of Windcharger than it does Cliffjumper. I was never really sure what Cliffjumper was supposed to be in his original super-deformed Minibot alt mode, but this isn’t it. That’s OK. I don’t mind Hasbro straying a bit with these designs. I do, however, kinda mind when they take a much smaller toy and release it in the Deluxe Class. Yes, Cliffjumper was originally a Mini-bot. And no, this toy isn’t small enough to be what was called a Basic or Scout Class in previous lines, but the size still feels wanting at this price point.

Size notwithstanding, I think this is a fine little alt mode. The red plastic looks great and there are some additional silver and black paint operations for the front and back. The wheels are also painted silver, the rear window is painted black, and the windshield and side windows are cast in translucent blue plastic. I’m not really a fan of different color windows, but whatever. An Autobot insignia stamped on the hood ties the whole thing together. Despite the usual seams, the car holds together pretty well and it feels solid. 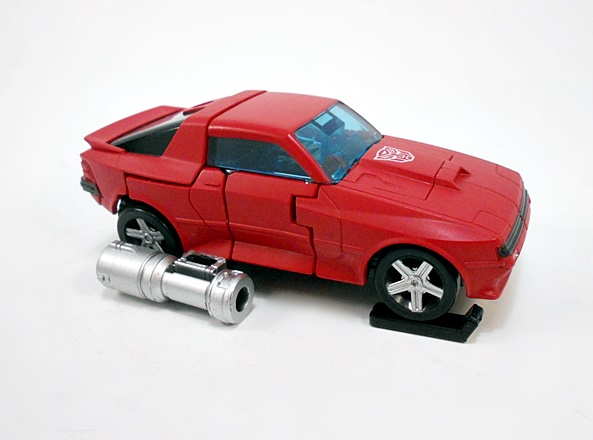 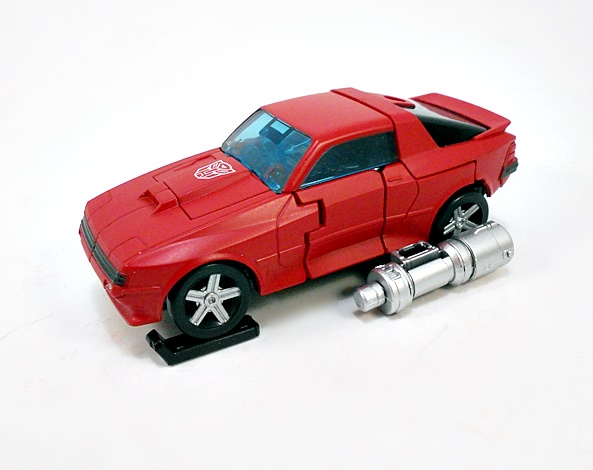 As if to make up for the toy’s small size, Cliffjumper comes with a massive bazooka-style weapon similar to one he used when scouting with Hound in the original More Than Meets The Eye Sunbow miniseries. And this is a really clever modular design that can be broken down into several pieces and reconfigured to give him a version of the hydrofoil configuration used by the Autobots in the episode Atlantis, Arise! including turbine pontoons and skis for the front wheels. Cool! If only they used some of that engineering skill for the actual figure. Let’s get him transformed! 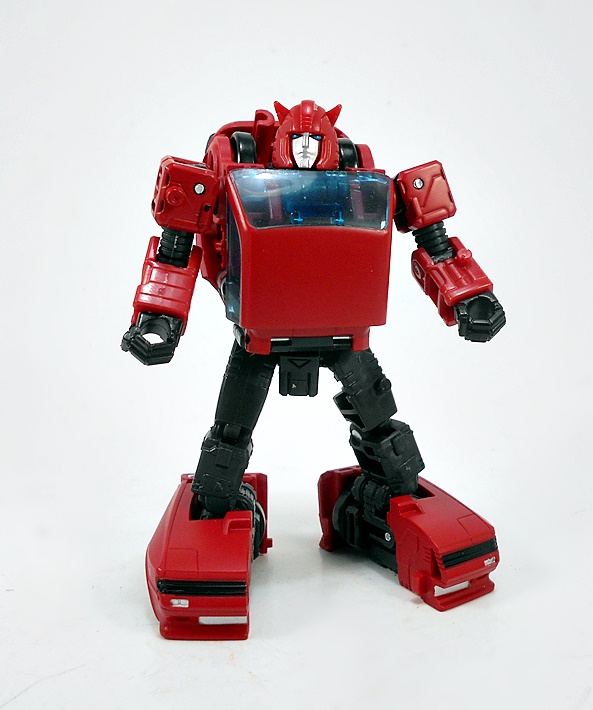 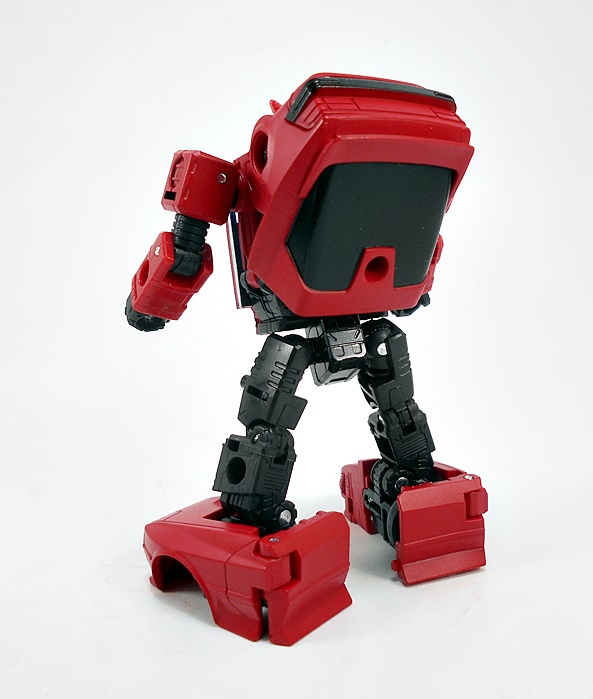 Broadly speaking, I think this is a pretty solid look for Cliffjumper, in that you get the car roof landing on his chest and the front of the car splitting to form the feet. One strange choice was to give him those circular, tube like biceps, which were seen on Bumblebee’s Sunbow model, but not Cliffjumper’s. I know, these aren’t really cartoon-based toys, but it makes me wonder if we’re going to see this toy recolored and remolded as Bumblebee in this line. I also find it odd that Cliffjumper has an Autobot insignia on his car mode, but not his robot mode. And to that point, I really wish they had printed it on his roof rather than his hood, because his robot mode looks naked without it. Oh yeah, and after just two or three transformations, the paint on my figure’s right shoulder is starting to chip.

Cliffjumper does sport a rather prominent backpack, which doesn’t bother me because it makes his back look tidy and it’s kind of stylish the way it angles outward behind his head. What does bother me is that this whole piece has to be removed for transformation and then reattached. I don’t mind this sort of thing if it’s on a complex figure or if it’s done for some mind-blowing reason, but when Hasbro does it as a basic step in transforming a small Deluxe Class toy? That rubs me the wrong way. If you don’t care for it, you can just leave it off the robot mode. I suppose you can also give it to him as a shield, but that wouldn’t be my first choice.

And then there’s them feets! The proportions on this guy are pretty good until you get down to his big clodhoppers. I actually really like the engineering for how the hood packs away the wheels to form the feet, but they’re just too big for such a small robot. At least we know he’ll always come in first in those Decepticon ass-kicking contests. None of these gripes are instant deal breakers, but they do start to add up. 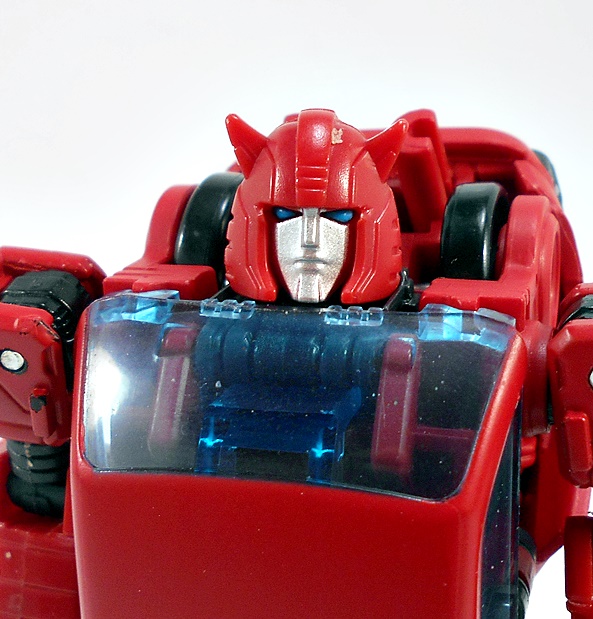 At least the portrait is absolute perfection.  I love the rounded “helmet” with the horns and the way it frames his face. The silver paint looks fantastic as does the blue used for his eyes. The heads in Siege and Earthrise have really been on point. 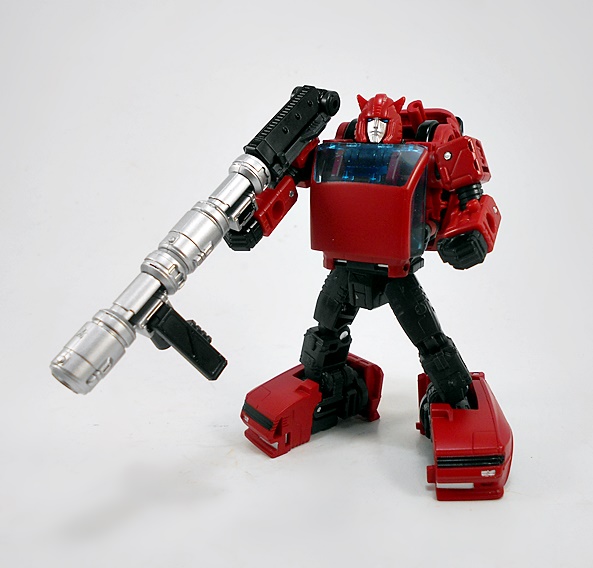 And I do love the Bazooka! It features some brilliant silver paint, two hand grips, and it even has the bipod at the end to stabilize it. Of course, that didn’t help Cliffjumper’s accuracy in the cartoon when he used it to take a shot at Megatron, missed, and got his buddy Hound crippled as a result. Still, I gotta give him props to the writers for having him try to sneak-attack murder his enemy in a Saturday morning cartoon. When he’s not using the bazooka it can be stored on his back. 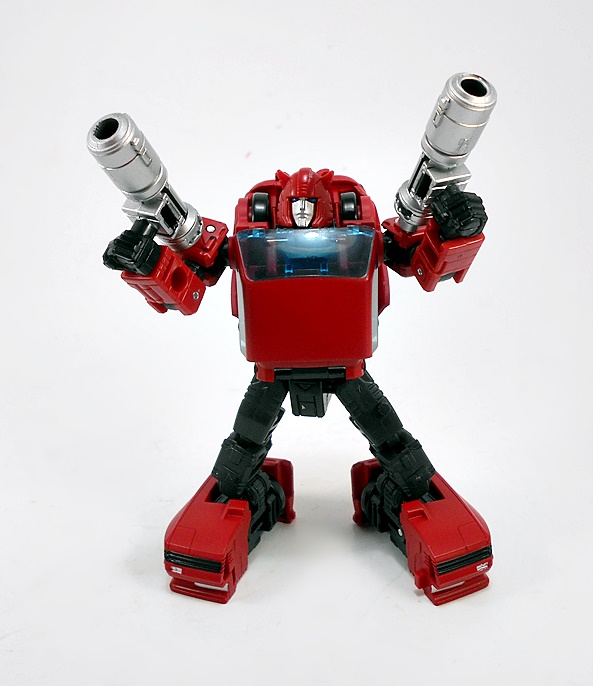 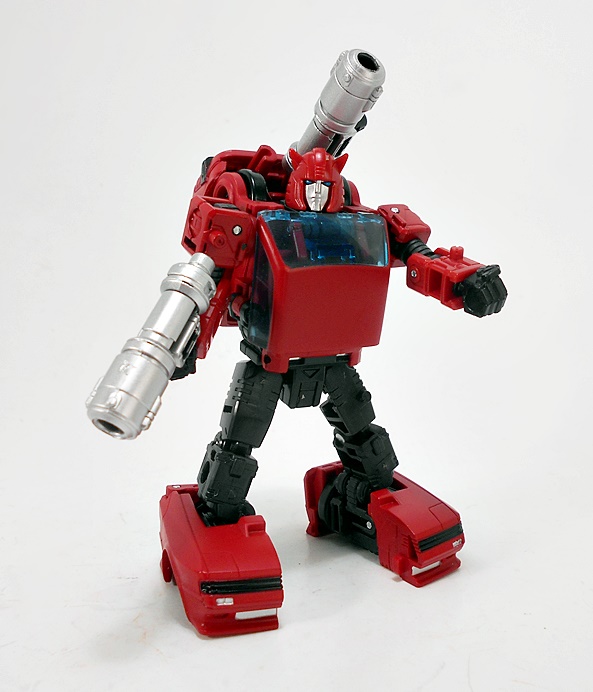 The weapon can also be broken down into a couple of big and beefy pistols and I dig the way these look a lot! You can also mount one or both on his backpack for a shoulder cannon, although it’s mainly just angled for taking out aerial Decepticons from the ground. Still, not bad! 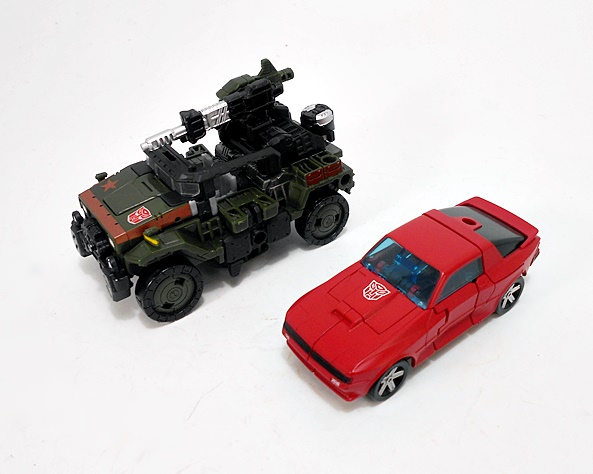 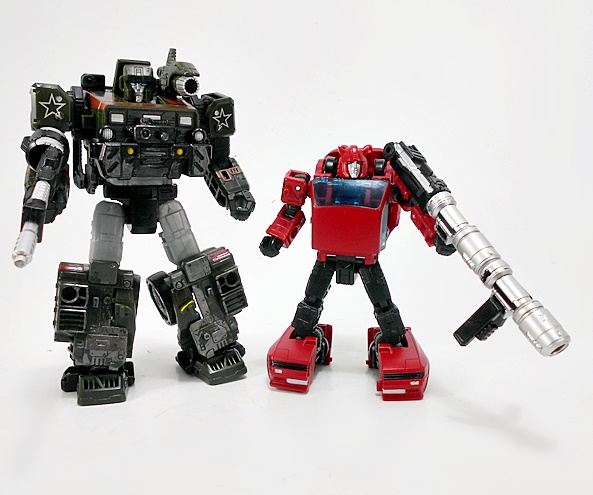 After a whole lot of bitching, it may surprise you to learn that I don’t hate this figure. Not at all! I think Cliffjumper here would have ranked a lot higher in the context of some of the past lines, but Earthrise and Siege have been so damn good that maybe a figure that’s just decent feels a lot worse. I still think it’s kind of lazy to employ parts-forming in a toy this small and simple, but when all is said and done I really like this spunky little bot quite a bit.