With only time for three reviews a week, my backlog continues to pile up and stretch way back into last year. One of the areas of my collection reviews that has suffered most is NECA, and I really feel like I need to throw them some extra love in the coming weeks. Way back in January I had a look at their Arachnoid Alien and Razor Claws Alien from Capcom’s 1994 Alien Vs. Predator arcade game. But there was one alien missing! At the time I couldn’t find the Chrysalis Alien anywhere, but just when I had given up all hope I spied him out of the corner of my eye while I was making a cat food run to Target. So let’s finish off this Xeno Trio and open him up today!

The packaging is right in line with what we saw last time. You get a collector friendly window box with a personalized portrait on the front. The interior tray is printed as a pixelated image to reference the video game… how cool is that? Yup, I love the colors and presentation here, but I simply do not have the space to line these boxes up on a shelf, so this box is going to have to go bye-bye once I get Mr. Chrysalis out of his tray.

If you read my previous review then you know I really liked Razor Claws and Arachnid, and yet it’s still easy for me to see why Chrysalis was the hardest to find. He really is that good! Even on a shelf of Xenos, his design stands out thanks to the armor-like carapace on his head and forearms. His body is a grayish-blue color with a nice black wash to bring out all that amazing detail in his exoskeleton. And despite the unique features, the rib-cage and the exposed ribbed panels on his legs and torso all perfectly evoke the Giger design that runs through every type of Xeno. This guy is also distinctive for not having some variation of those tubular protrusions coming off his back, instead it’s shrouded in two plates of reinforced exoskeleton. I find myself getting lost in this fella’s anatomy, turning the figure over in my hands, and marveling at the beautiful sculpting. 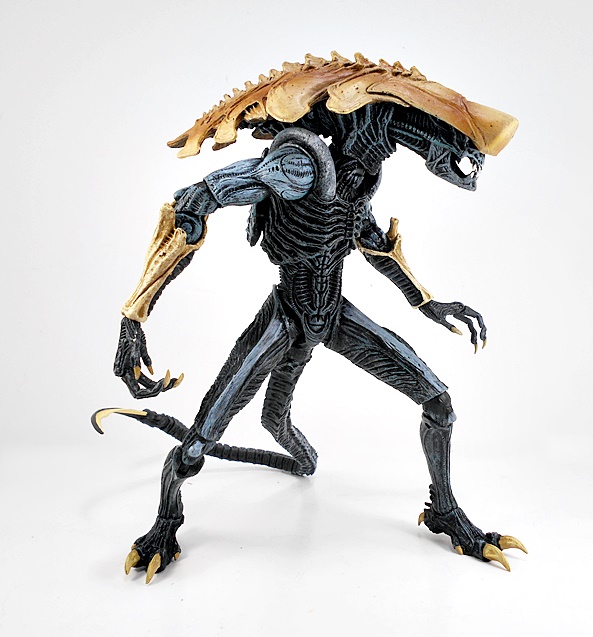 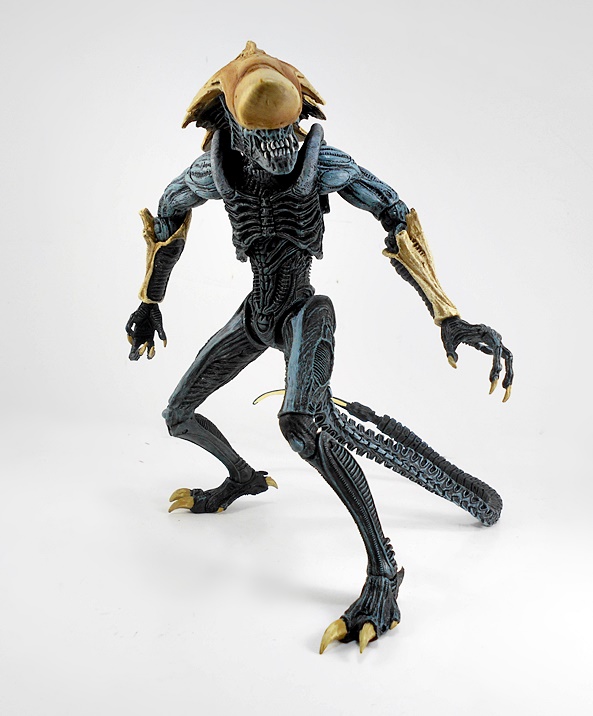 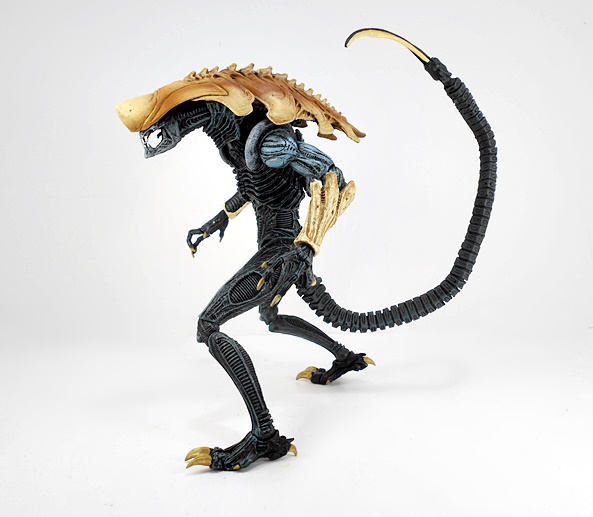 Chrysalis’ meat-hooks may not be as pronounced as Razor Claw’s, but he still features some sharp bone-colored claws, as well as raptor-like talons on his toes, and a scythe-shaped blade at the end of his long tail. Those bone-like guards on his forearms look to be perfect for deflecting Yautjan blades and his claws seem adept at ripping Predators and humans to shreds. His articulation includes the usual collection of rotating hinges, which make him an agile hunter, even if he can’t exactly roll up into a ball for the goofy spin-attack he employs in the game. His long tail includes a wire so it can be bent in various configurations, and while the tail can come in handy to support him in some extreme poses, he’s surprisingly well balanced on his own two feet. I didn’t have to use a stand for any of my shots.

The head sculpt is quite familiar, even if it is partially hidden under that impressive bone dome. The carapace features a raised crest running down the center like a spine and a mass on the front, which is probably perfect for ramming his pray. As always, he sports a toothy grimace, the jaw is articulated, and there is a secondary mouth in there that can be pulled out. I love all the sinews and details NECA sculpts into the Xeno mouths, and this fella is no different. 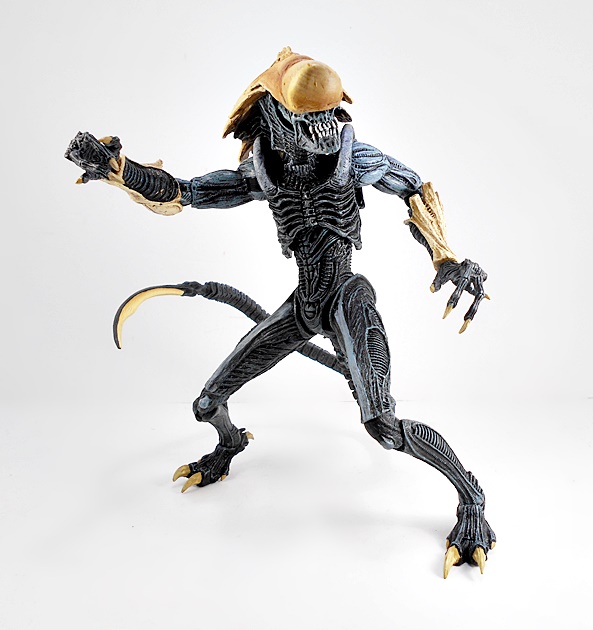 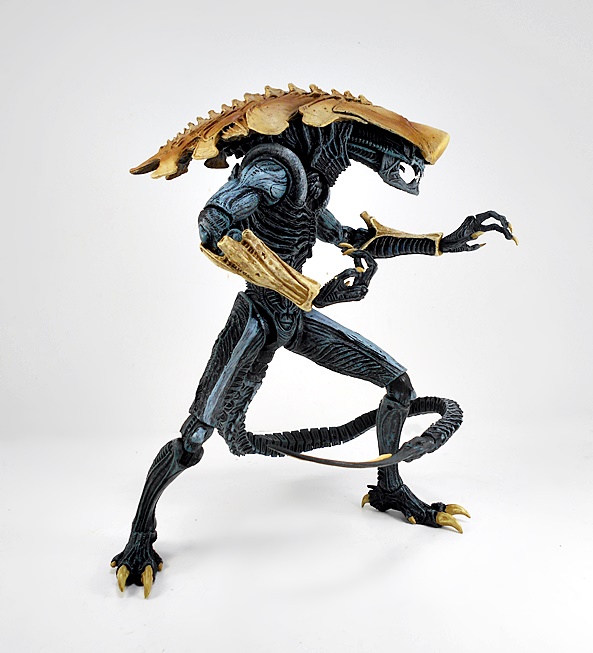 The Chrysalis Alien makes a fine addition to this amazing threesome of Aliens. It’s fun to just line them up on the shelf and explore all the little differences between them and see just how diverse Xenomorph anatomy can get. I’ve always been a fan of NECA’s video game figures, but since a number of them tend to be simple repaints, I have to pass them over because I can’t spare the space for repaints.  But here, it’s cool to see them craft three new Xenos around their appearances in this token-munching coin-op, and even cooler that they matched them up with three Predators from the game as well. And yes, I hope to be swinging back around to check out those Preds in the next week or so. Not to mention the human characters from the game as well.

6 comments on “Aliens Vs Predator Arcade: Chrysalis Alien by NECA”