It was a working weekend for me, and a brutal one at that, so while everyone else is dreading Monday’s arrival, I was looking forward to it. Because it’s Marvel Monday and that means I get to pour myself a little libation and tear into another Marvel Legends action figure! Plus, I’m closing in on the last couple of figures in the Strong Guy Wave and that means soon I get to cobble together another Build-A-Figure, which is always a happy occasion. Generally, I’m not a huge fan of the 90’s. I tend to see it as the garish, extreme bastard that killed my 80’s. But it was an undeniably great decade for comics and an especially exceptional when it came to the X-Men. Maverick debuted in 1992 in X-Men (V2) #5 with a bitchin Jim Lee cover that practically shreds the eyeballs. A mercenary with a heartbreaking past, Maverick sure grew on me.

And he’s without a doubt one of the more distinctive looking characters in this wave, and certainly one of the ones I was most looking forward to! Maverick fills out the tray nicely and there’s even room in there for another one of Strong Guy’s colossal arms. 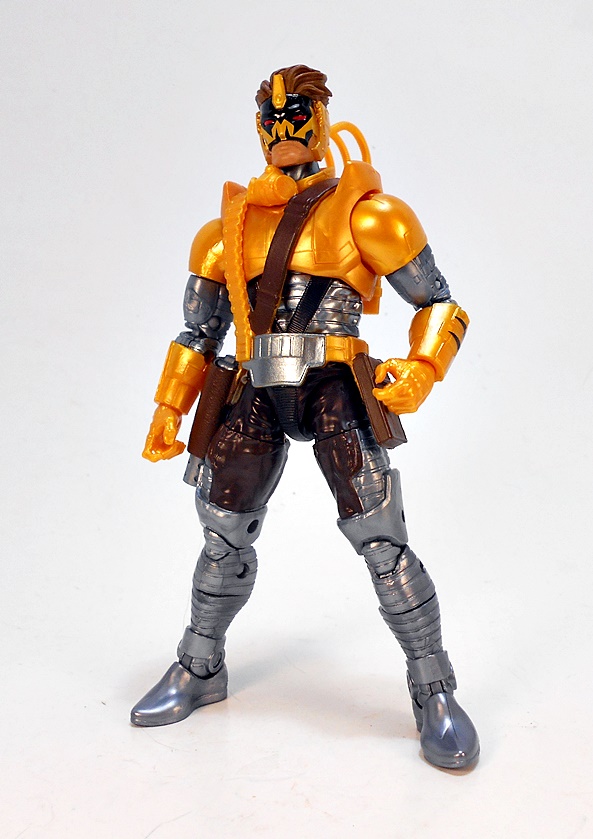 Even if you have no real affinity for Maverick, you have to admit that his armor is fab, and Hasbro did a fantastic job rendering it here in six-inches of articulated plastic. He’s got silver armor running up his legs to just above his knees, with segmented section below the knees, but not much going on for protection in the upper legs and groin. Maybe not a problem for someone who can absorb concussive force, which I would assume includes getting kicked in the gonads. You get a silver plate in front of his belt, and the segmented silver armor continues up to his torso and arms. Reinforcing the torso and arms is some beautiful gold plate for his upper body, shoulders, and gauntlets. The gold plastic has a little bit of that swirly effect you sometimes see, but it’s better quality than some of the gold plastic Hasbro has used in the past. Indeed, I think it looks great. Maverick has a brown shoulder strap over his armor, a brown pouch on his left hip, and a functional holster on his right hip. On his back, he wears a booster pack to amplify the energy he absorbs, complete with flexible tubing running from the top into Maverick’s mask. Hot damn, this guy looks great!

The excellent head sculpt falls right in line with the rest of the figure. The mask features his intimidating black markings and crimson red eye lenses. It wraps around the back of his head, while leaving his mouth and chin exposed below, and his coif of hair spilling out up through the top. The paint on the mask is super sharp and has a beautiful sheen to it. Maverick also includes a golden oxygen mask, which can in theory be worn over the mouth, but mine doesn’t want to stay put to well, so I’m content to leave it down.

The holster in on Maverick’s right hip holds a beefy looking pistol, no doubt loaded with adamantium bullets. It’s got quite a distinctive look with a large muzzle and a forward grip protruding from under the receiver. 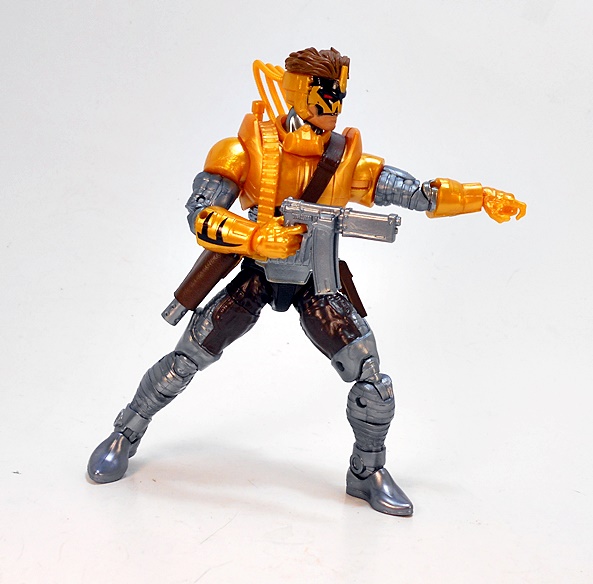 He also comes with his more iconic weapon, with the squared off muzzle and dual magazines.  Both weapons are cast in silver-gray plastic and feature some nice attention to detail in the sculpt. He also sports both left and right gun-toting hands so he can dual wield. Alas, there’s nowhere to store this one. 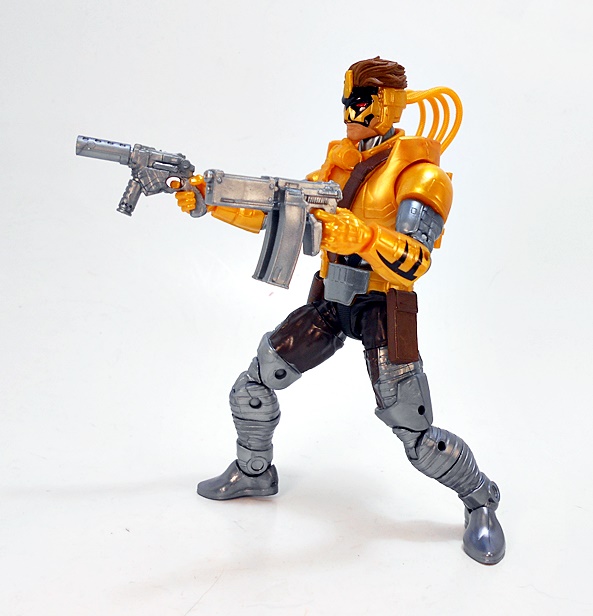 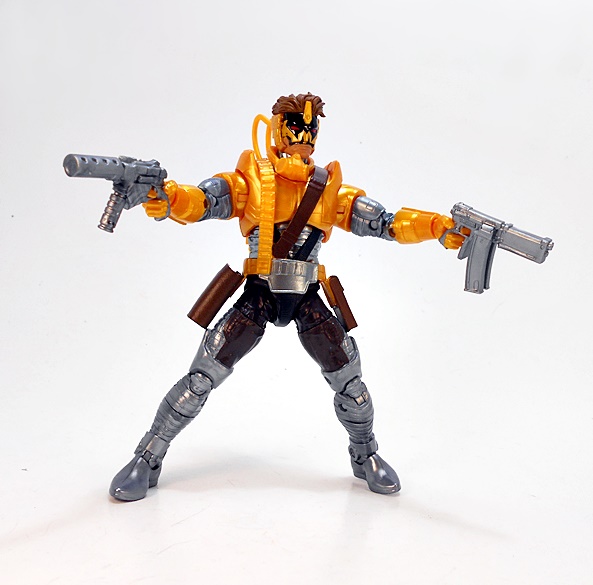 For an assortment that’s been all over the place, Maverick is a welcome addition to the Strong Guy Wave, and another Mutant to cross off my Marvel Legends list. With lots of new sculpting and an eye-catching deco, this guy is certainly a  top contender for my favorite figure in this wave. Next week I’ll check out the final packaged figure, and maybe I can squeeze in the Build-A-Figure as well!