I was going to start today by saying something about how many damn Iron Man figures we’ve had in the Legends line, but looking back, I don’t think it’s really been all that bad. Or at least, knowing Hasbro, it could have been a lot worse. On the flipside, this Marvel Now Iron Man is another example of Hasbro taking an older Iron Man mold and trying to make it work for a figure that it isn’t. We last saw this with the Space Armor from the Guardians of the Galaxy wave, which was reworked from the Heroic Age armor. Now we get the Marvel Now armor as a straight repaint of one of the earlier releases from the 6-inch Iron Man 2 line. 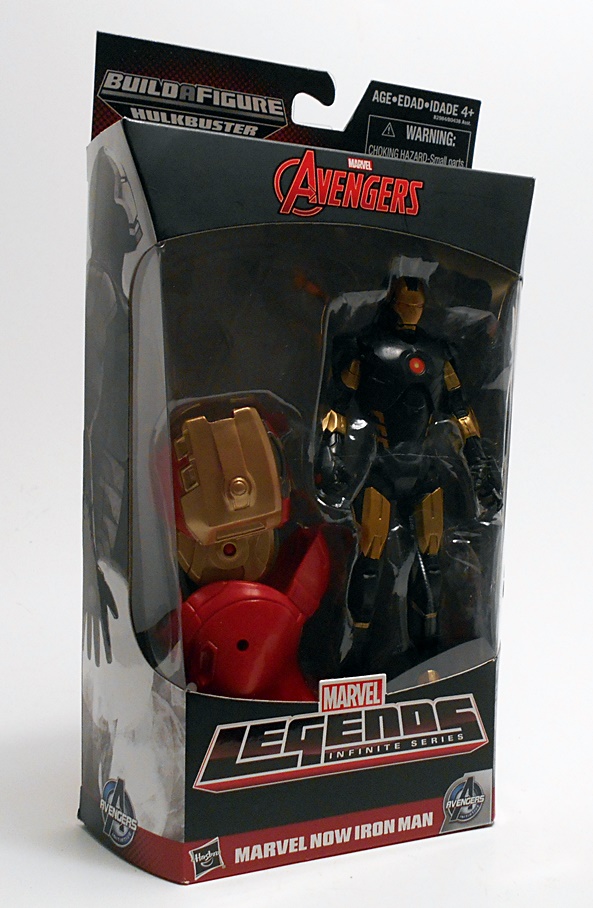 We all know what the packaging on these looks like by now. The only thing to take away from this picture is that there is a precious Hulkbuster part in there, and man is it big and heavy.

So, obviously the big departure for Tony Stark’s Marvel Now look is that he abandoned the familiar red and gold deco for a black and gold one. I can’t say as I have a strong opinion on this either way. Sometimes change is good, but things are called iconic for a reason. When it came to Kotobukiya’s ArtFX+ Avengers statues, I went with the iconic, but not accurate, red and gold deco, mainly to balance out the colors of the display more. As a result, I’m kind of glad to be getting this armor in its proper colors now. Unfortunately, it’s not really the proper armor. As mentioned above, this is just a repaint of Hasbro’s 6-inch Mark IV armor from Iron Man 2. It’s got the same basic contours, but it’s clearly not the same design. The original figure even came with a swap out head and hands, and this one doesn’t. Although in fairness, with the Hulkbuster leg in there, I don’t know that there would be room for any extras in the package. 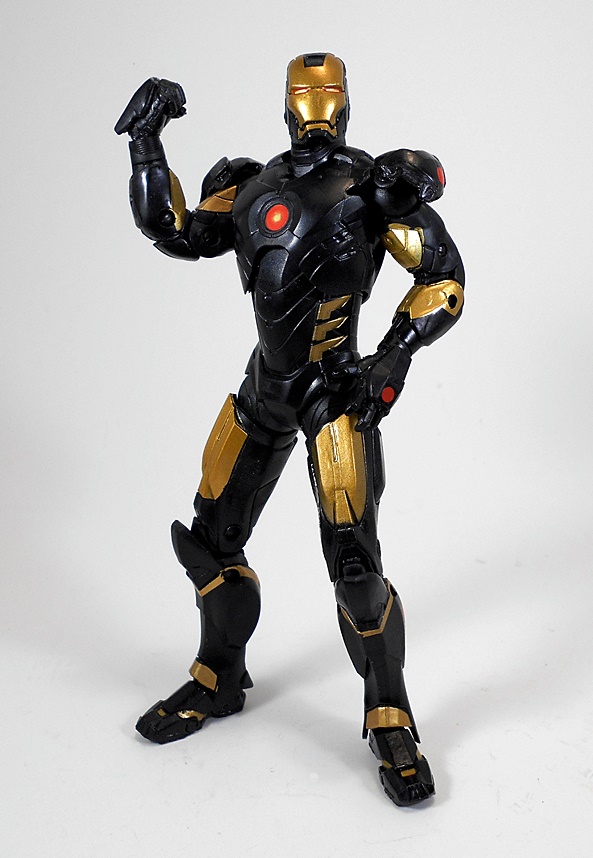 Now, with that all having been said, I think this is a pretty solid figure for what it is. The design looks great in these colors and the gold paint applications are clean and even. There aren’t many paint operations on the back of the figure, but that’s actually accurate to the design. In terms of the movie armors, my favorites tend to be the Mark III and Mark VII (in that order), but I’d say this is up there for a close third. 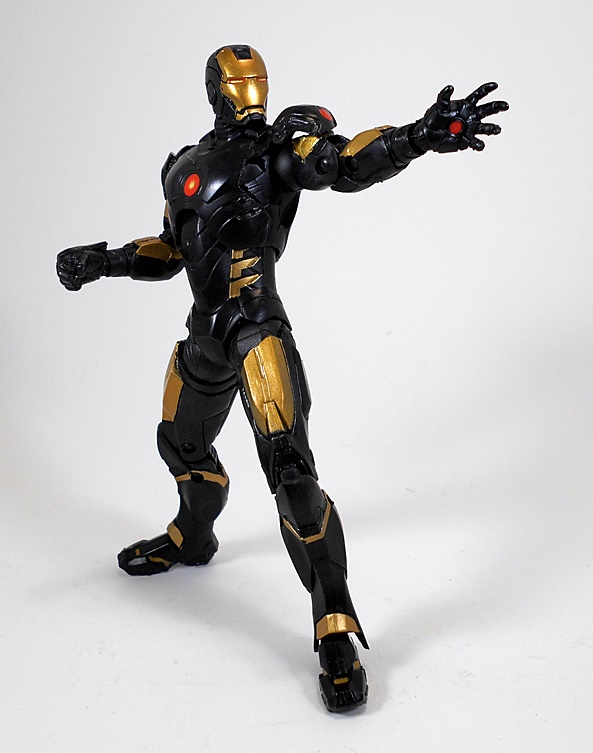 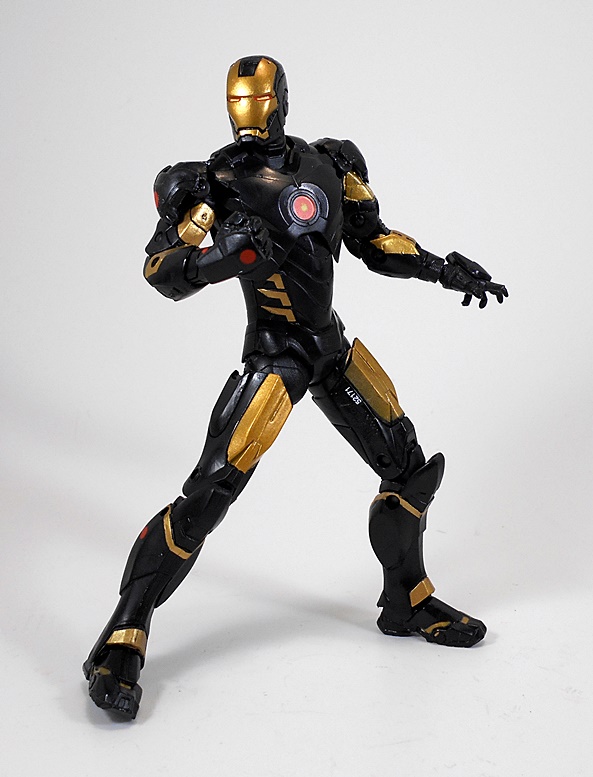 The articulation is solid on paper, but runs into some limitations issue due to the sculpt. If you own a modern Legends Iron Man figure, than you’ll know what to expect. The arms have rotating hinges in the shoulders and the extra shoulder armor pieces are hinged to help them move out of the way. The elbows are double hinged and have swivels in the biceps. The wrists have rotating hinges, but the plates on the backs of the hands really impede movement there. This is annoying, because it’s hard to get his repulsor blast pose right. The hand just won’t bend far enough back. The legs are ball jointed at the hips, have double hinged knees, and there are swivels at the tops of the thighs. The ankles appear to be ball jointed, but the sculpt there renders those points almost useless. I do really like the plastic they used on this guy and the joints are all solid.

I should be a lot more cross with Hasbro for what they tried to pull here. You shouldn’t be able to repaint an old figure and call it whatever you want. On the other hand, since I don’t have the previous release of this mold, I’m happy to finally have it in my collection, even if it is in the Marvel Now colors. If I find it bothers me, I can always just call him the Mark IV-B Stealth Armor because that’s a thing that I just made up. In the end, I’d like to think Hasbro had to go the repaint route here to pay for the costs of the Hulkbuster, which is larger and more complex than previous BAFs. And if that’s the case, I’m fine with it.