Here we are, it’s Transformers Thursday again and today I’m opening the last of the Deluxe Protectobots. I saved First Aid for last for no particular reason at all, so don’t read anything into the order here. Somebody had to be last. Truth is that so far this lineup can do no wrong and I’m rather excited to see what this guy has in store for me. So let’s take a quick look at the packaging. 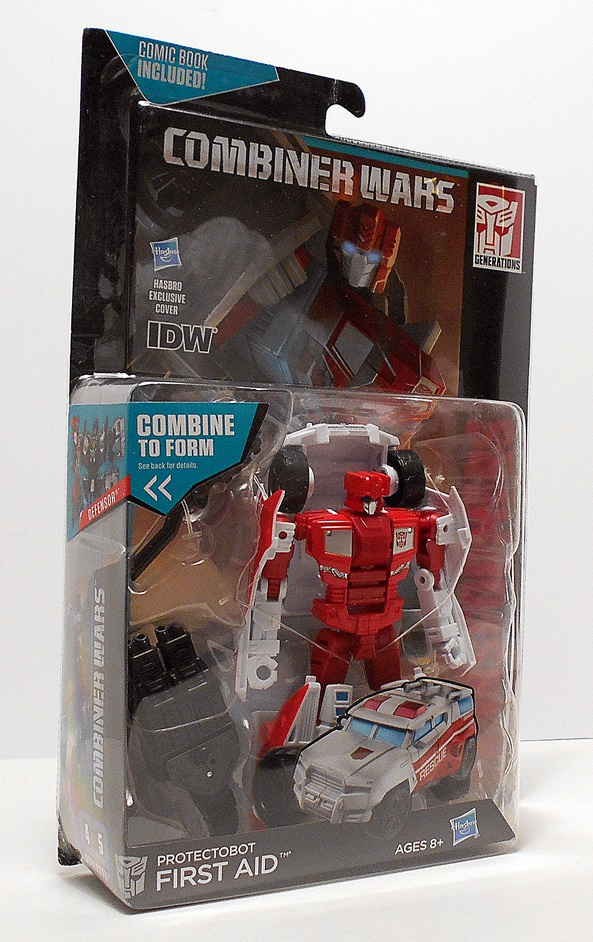 Nothing new to say here. First Aid is packaged in robot mode and you get a free comic, which is always a treat. Also, the bio on the back is the first one of the Protectobot Bios that doesn’t make the character sound like a homicidal killer, which is a nice change of pace. You know, because they’re called Protectobots. As usual, I’m starting out with his alt mode. 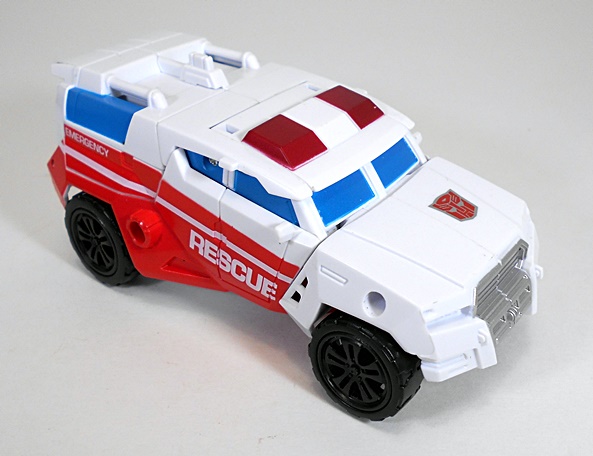 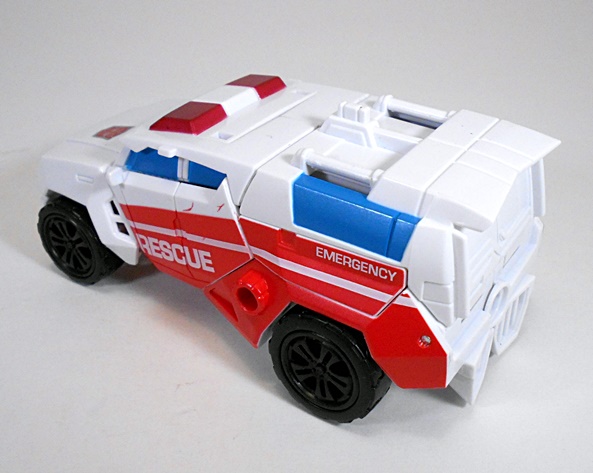 First Aid is a futuristic looking ambulance. He’s also similar to Streetwise in that he uses the core design of another mold, but there’s so much resculpting that you wouldn’t really know it. In this case, First Aid is built off of Offroad, and if I hadn’t been privy to that information beforehand, I doubt I would have been able to tell until I started to transform him. 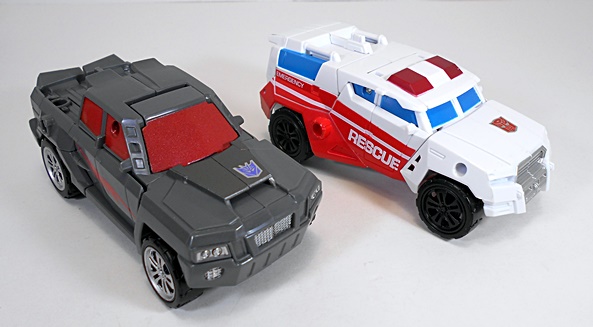 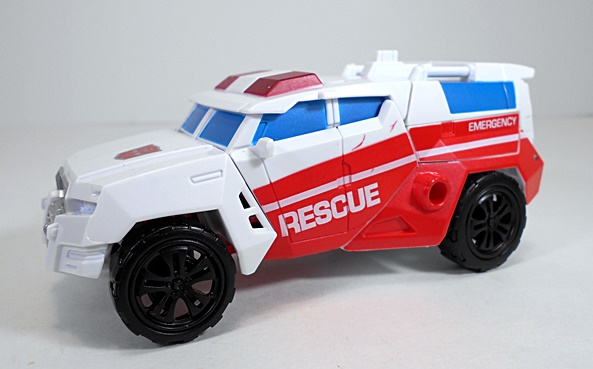 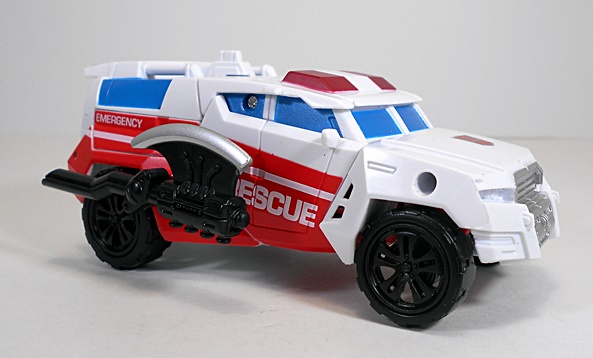 Overall, I think this is a solid alt mode, although the sides feature a lot of jagged seams, which sort of reminds me of Universe Ratchet, and while that’s not a good thing, it isn’t enough to ruin the toy for me. When going into car mode, it helps to give him that final squeeze that seems to snap all the plates together and diminish the seams. The coloring is pretty basic with blue windows, a silver grill, and some red on the sides, but it’s still a bright and pleasing deco that really pops. My figure has some stray red marks on the driver’s side, but nothing too bad. There are also peg holes on the sides if you want to store his axe. 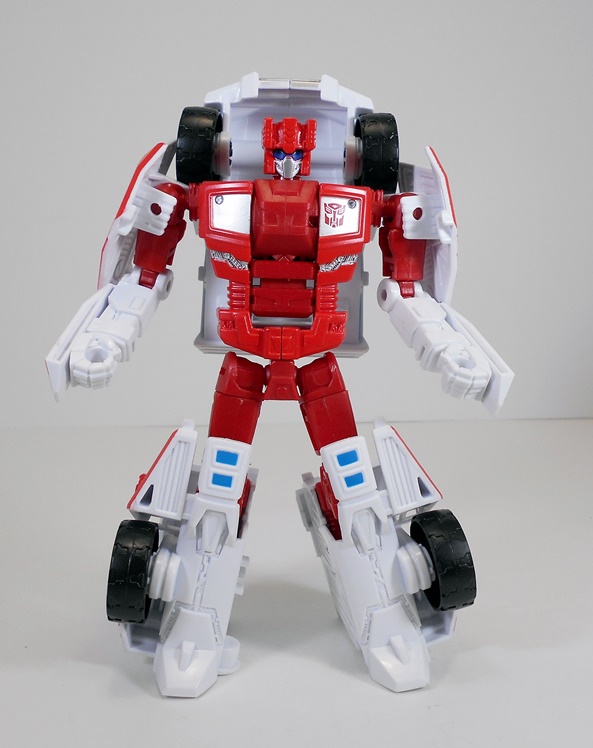 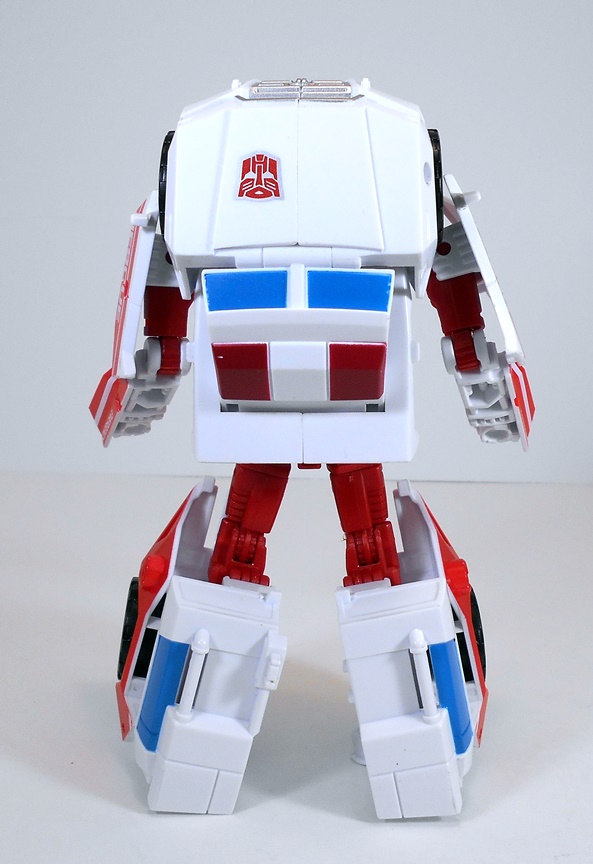 As mentioned, transforming him is identical to Offroad and the result is oh, so satisfying. In robot mode, you can make out some more of the Offroad connection. He wears the front of the car as a backpack with wheels behind the shoulders and the torso is the exact same sculpt. Beyond that, everything else is new. Even the shoulder door-armor is different. The new deco for robot mode is mostly red and white, with some nice touches of blue and silver. The “RESCUE” tampos from the alt mode land perfectly on his shoulders. This is a great looking figure! 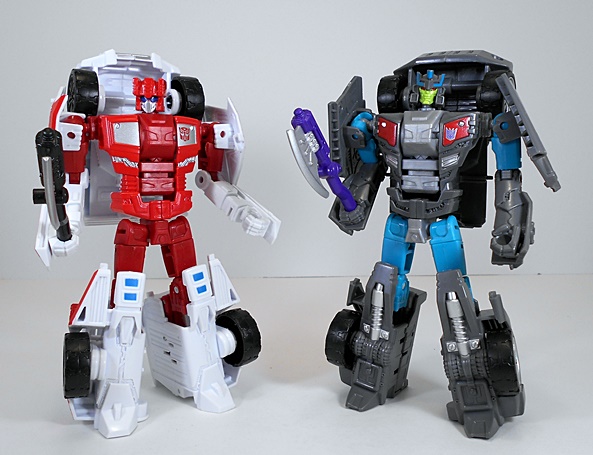 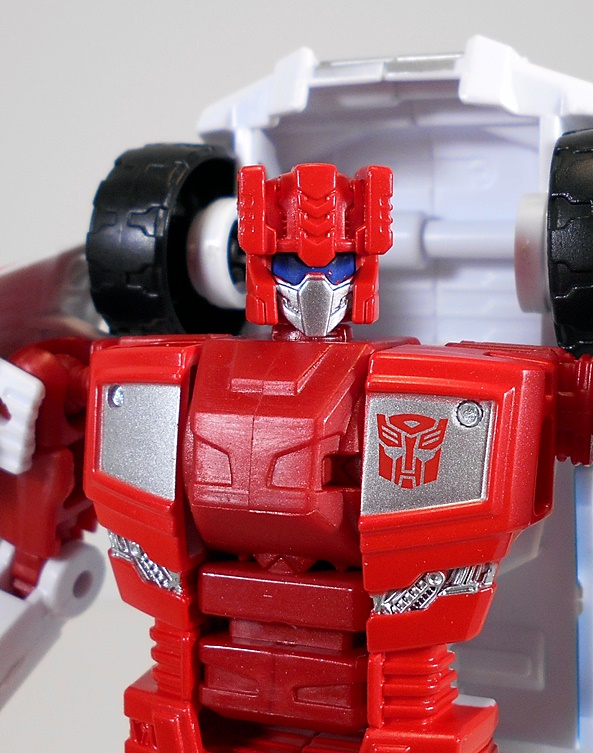 Naturally, First Aid is sporting a new head sculpt and it is pure G1 love. The pronounced crest on the “helmet” looks just like the combiner post head from the original figure and the blue and silver paint looks great. There’s a little red spray on his visor, but you have to get in pretty damn close to notice it. 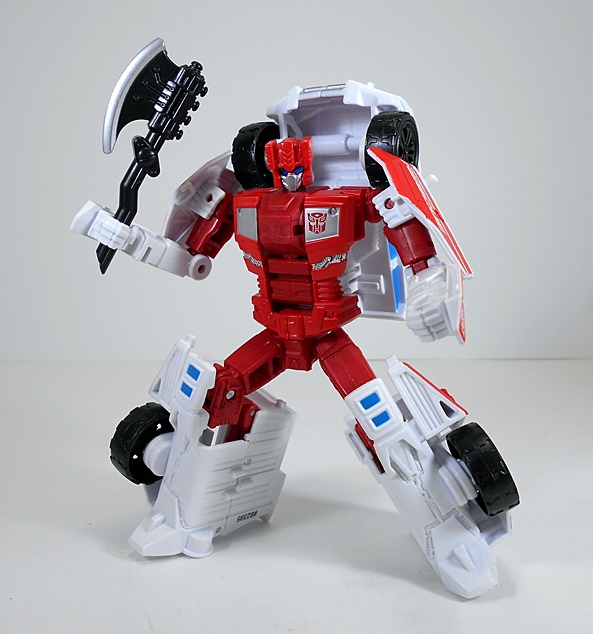 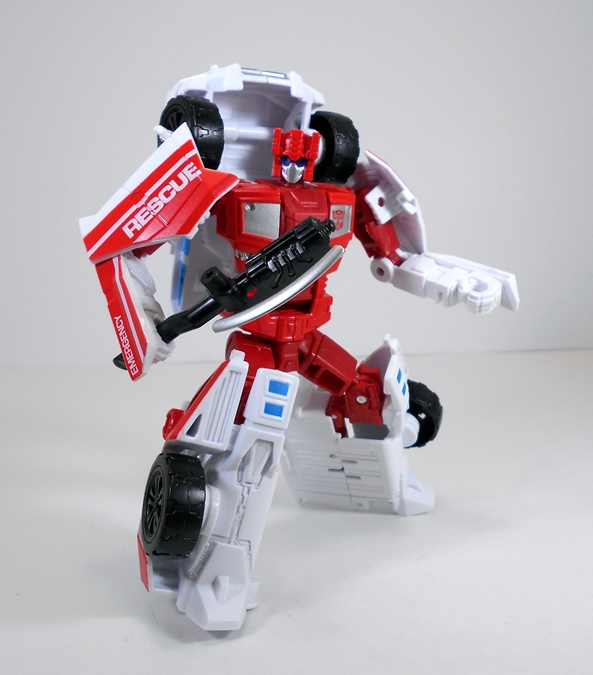 In addiiton to the combiner foot/hand part, First Aid also comes with an axe. This is a repaint of the same weapon that came with Offroad, recolored to black with a silver blade.  It’s kind of a good fit, because rescue workers often carry axes to hack there way through debris and it doubles nicely as a weapon. 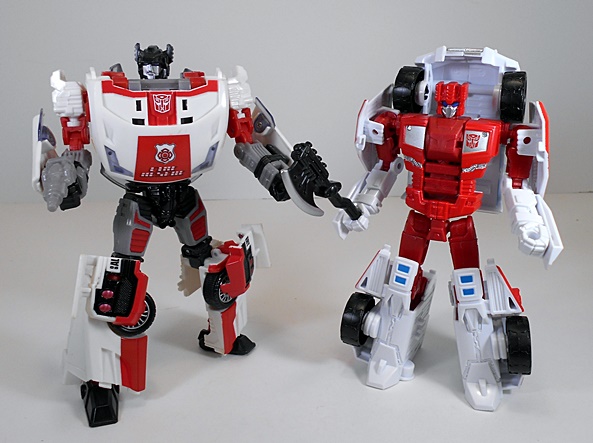 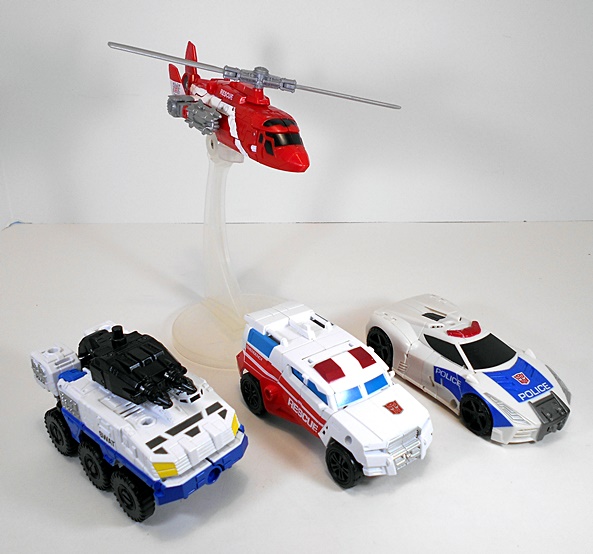 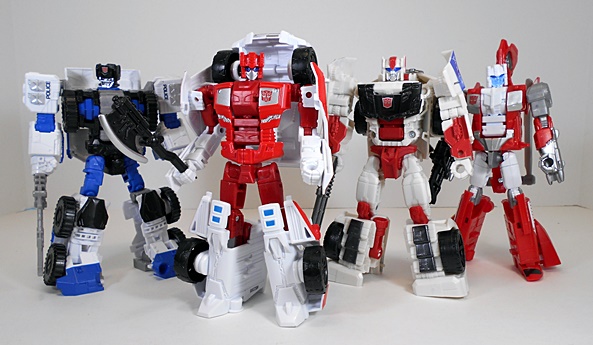 This jaunt through the Protectobots Deluxes has just gotten better and better. Blades was nice, Streetwise was very solid and Rook and First Aid are absolutely top notch. It’s impressive to think that everyone but Rook here are either repaints or remolds of previously released figures. I’d dare say that this team has come together just as well as the Aerialbots and I absolutely love that set. There’s only one figure left to look at before moving on to Defensor, so next Transformers Thursday, I’ll check out Hot Spot!