It’s been forever since I last looked at some blind bag LEGO Minifigs. I don’t know why I keep forgetting about these when I should be throwing at least one or two in the cart every time I go for groceries. I actually Tweeted these first, because quite frankly I think that makes for better suspense. So, let’s just take a look at what I got. 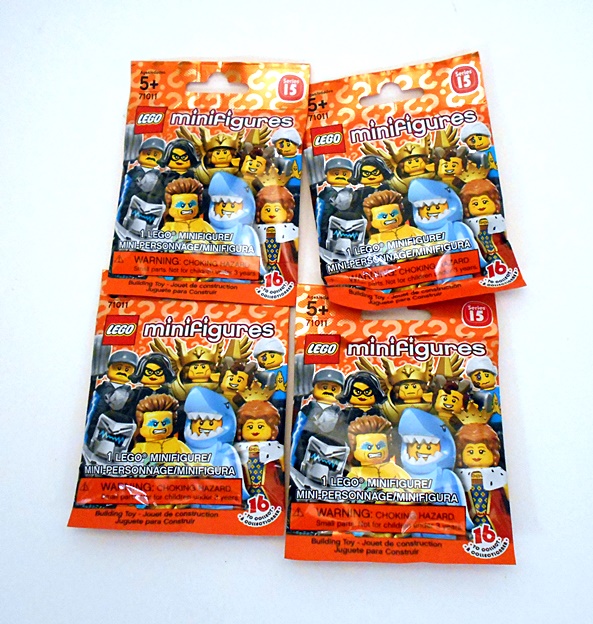 I went in here double blind, because I actually had no idea what was in this assortment. I mean, apart from what’s printed on the bags. I didn’t look at them. I didn’t eve know what Series they were. I just know that yesterday was the end of a particularly shit work week and I needed some Minifigs in my life today to cheer me up. 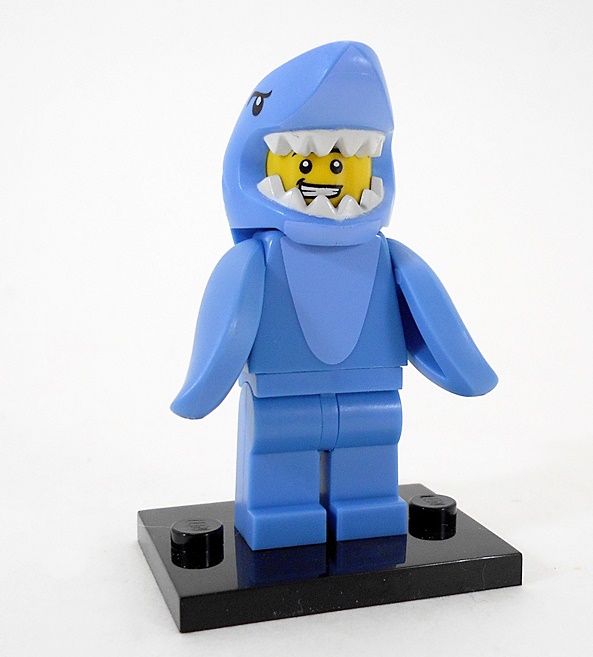 So, the first one I got was the Shark Suit Guy and I was thrilled. The novelty animal suit figures have been my favorites. I was fortunate enough to get a pair of Chicken Suit Guys back when I did the Series 9 Crapshoot. I really need to find what I did with my others. I fear they’re mixed into one of the thirty or so bins containing my broken down LEGO sets. Anyway, this guy is pure love, and he has a worried/scared face printed on the other side of his head. 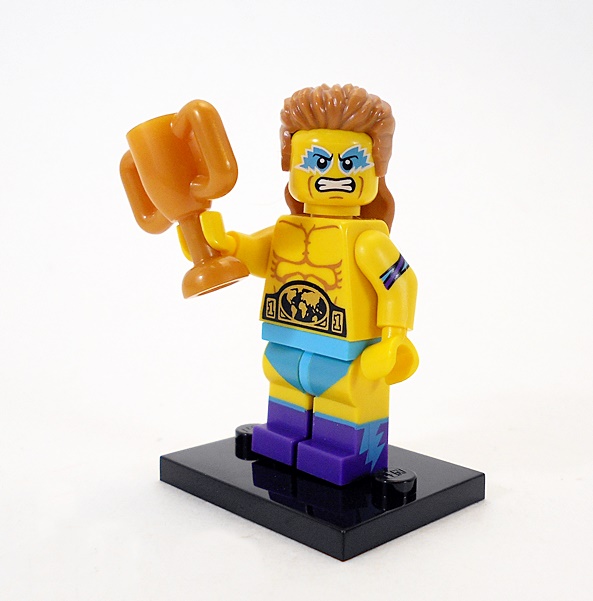 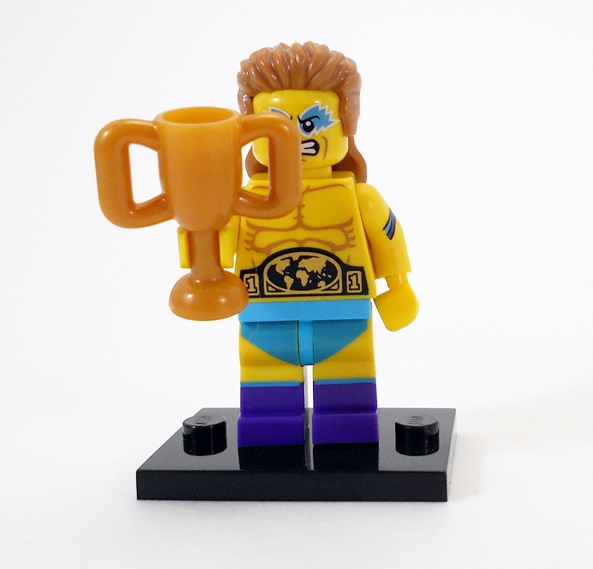 Next up was the Wrestling Champion and yeah, I actually got two of these. I’ll confess that I haven’t been a Wrestling fan since the 80’s, and even then it was just something goofy to watch when the cartoons ended. That having been said, I like this guy. There’s some particularly nice printing for the belt and muscles and I love the mullet hair piece and the colorful eye make up. I’d say I’m disappointed at getting two, but then I realized they could be a twin tag team, so it’s all good. 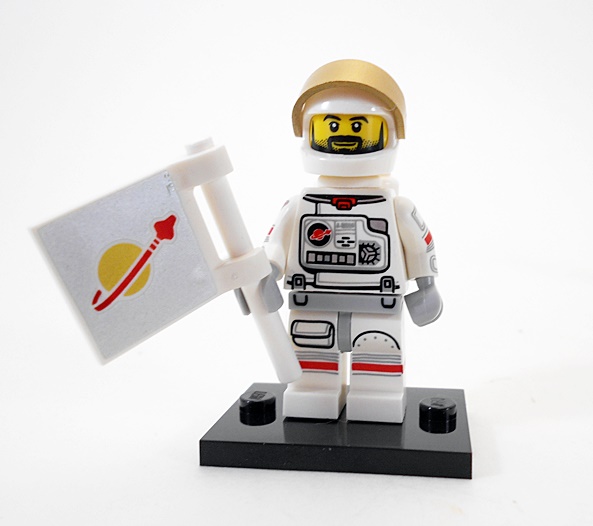 Finally, the Astronaut. I was pleased to get this guy because other than the sci-fi space sets, I don’t have any realistic LEGO Astronauts, so he fills in a nice gap. He’s also a wonderful little figure, featuring some of the best printed detail I’ve seen on a Minifig in a while. He has two faces and the gold visor is really cool. I wouldn’t mind getting another of these as I continue to pick up more bags.

So, all in all, not bad.  Now that I’ve had a look at the checklist, I think this is a damn strong series. I’m really jonesing for the Laser Mech or the Frightening Knight, so I know I’ll be grabbing more Series 15 bags over the next couple of weeks. Before then I’m going to try to hunt through some totes and see if I can’t find what I did with all my other blind bagged Minifigs.