I’m continuing to dig through the pile of figures waiting to be opened on the floor of my closet and I’m proud to say that I can finally see carpet and there’s a light at the end of the tunnel! This time I’m returning to NECA’s Heroes of the Storm line and after a brief interlude with Diablo’s Tyrael back in April, it’s back to Warcraft with Arthas!

This is the fourth time showcasing this packaging, so I don’t have much new to say about it. We’re back to the sealed clamshell, which is most decidedly not collector friendly and therefore requires a trusty, and preferably not cursed, blade to open it. It also rewards you by releasing the sweet, noxious gasses of plastic goodness. Ahhh, nobody gives plastic fumes like NECA does. So good!

Arthas, aka The Lich King, needs no introduction to any followers of Warcraft lore. He’s as iconic a character as they come and NECA did a beautiful job here reproducing him in action figure form. The proportions, with chunky hands and feet, convey that delightfully distinctive WoW style that is instantly recognizable and this figure is absolutely packed with rich sculpted goodness. From the hammered finish on his boots, to the amazing skull-adorned armor plates on his legs, arms, waist, and shoulders, every little detail of The Lich King’s gear is lovingly recreated here. All the armor plates are sculpted over a cross-thatch chain mail texture that give the suit a satisfying feeling of depth. Oh, and is that soft goods I see?

Indeed it is! You get a purple cloth sash and cape, which are certainly not firsts for NECA, but definitely this line. I dig it!

Arthas’ portrait is mostly obscured by his elaborate helmet, complete with the spire-like spikes that rise off the top in a crownly fashion. Strands of his blue hair cascade down the sides and if you get in there close enough you can make out his eyes and mouth. It looks like there’s a fully realized head sculpt under that helmet, and that kind of effort impresses the hell out of me. 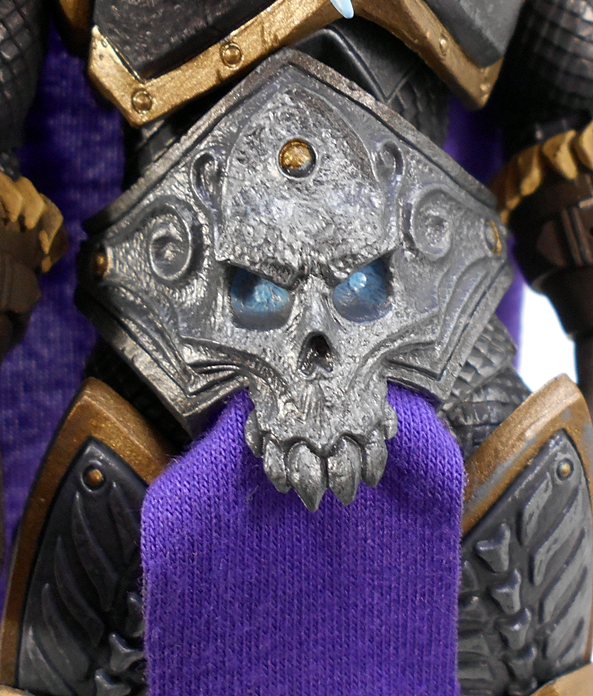 The paint on this figure is phenomenal. You get a muted mix of grays and silvers with copper painted rivets and borders. The mix of drab grey and metallic silver does a fine job of picking out all the careful texturing and sculpted scrollwork on some of those armor plates, as well as weathering. I especially love the effect in the eyes of most of the skulls, which use various shades of blue to give off an illumination effect. It’s brilliant. The paint is rounded out with some buffed brown for the leather gauntlets and straps and some tan for the tufted fringe on the gauntlets and boots.

For a guy in a clunky suit of armor, Arthas sports some damn fine articulation. NECA kitted him out with rotating hinges in the shoulders, elbows, hips, knees, and ankles. He’s got swivels in the wrists, a swivel in the waist, a ball joint under the chest and a ball joint in the neck. Both the knee and shoulder armor are soft plastic so as not to inhibit those joints. I had to do a little gentle coaxing on one of the elbow hinges, but once I got him warmed up the joints all feel great and he’s a pretty limber fellow. 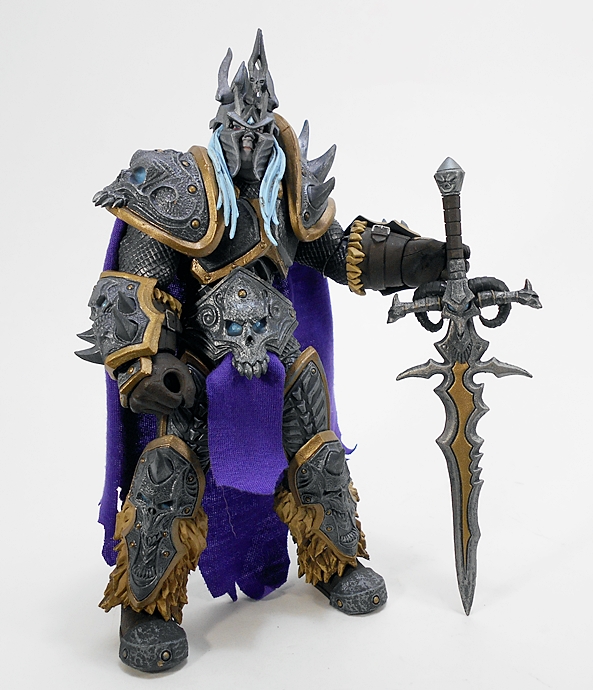 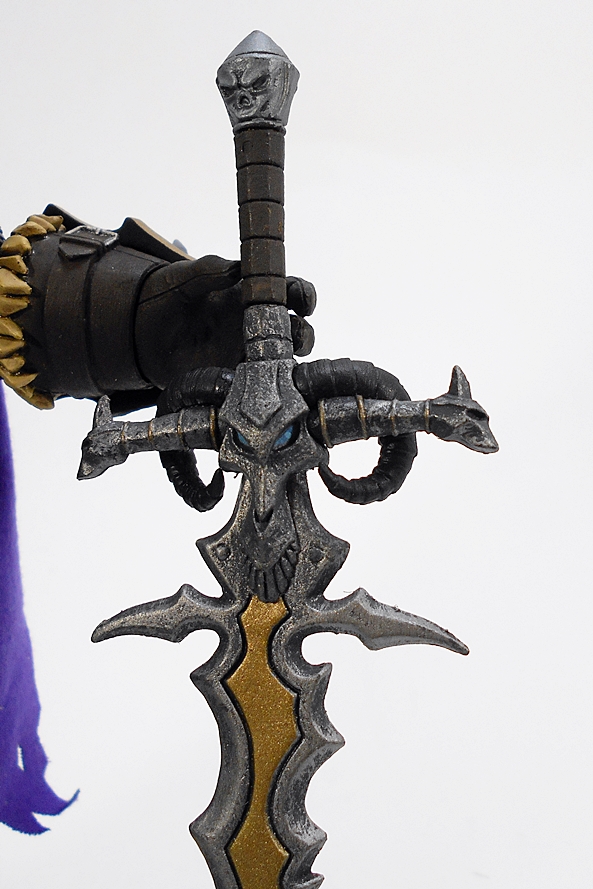 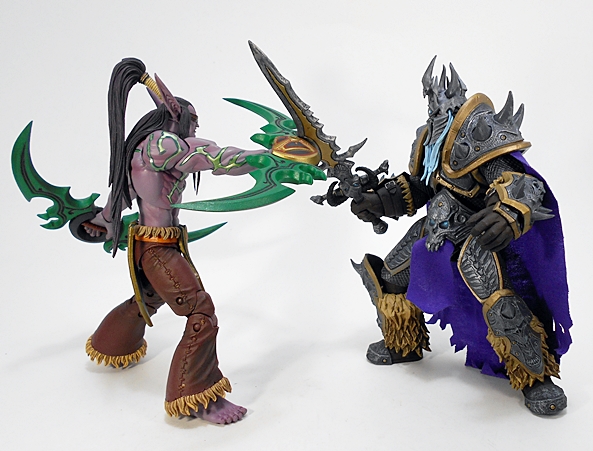 NECA is absolutely killing it with the HotS line and I can’t say enough good things about these guys. Of course, that’s coming from someone who doesn’t even play Heroes of the Storm, but rather I collect this because it’s populated by familiar characters from Blizzard games that I have played. But even if I’d never spent a single day venturing in Azeroth, I think I’d still be buying these. The crazy money I spent on The Four Horseman’s Mythic Legions figures (which should be shipping any time now) prove that I’m a sucker for 6-inch scale fantasy and there’s no doubt that Arthas fits that bill nicely. Now I just have to pick up the Deluxe Stitches figure and I’ll be all caught up!

One comment on “Heroes of the Storm: Arthas (Warcraft) by NECA”