What’s this? Two DC Fridays in a row? I’m actually getting back on track! Today I’m checking out another one of Diamond Select’s DC Animated Statues. And yes, I know that these aren’t being released under the Femme Fatales moniker any longer, but in the interest of preserving my personal cataloging system, I’m going to keep calling them that. Or in this case, maybe I should call it, SELATAF EMMEF!!!

Because it’s Zatanna! Boy, I can’t even tell you how long I’ve been waiting for this release. It’s no secret that I’m a big fan of DC’s buxom spell-slinger and if there’s Zatanna merch out there, then I tend to buy it. And Bruce Timm’s Zatanna? All the better! She comes in the same style window box we’ve been seeing all along with this line of 9-inch scale PVC Statues, now branded as the DC Animated Gallery series. Although I was surprised at just how much wider this box is than any previous releases, in order to accommodate Zatanna’s stance. You get windows all around to let in plenty of light offering a great look at the figure in the box. Inside, the statue comes encased between two plastic trays and there’s no assembly required, so let’s open her up and get her out!

Ah, isn’t she just lovely! Zatanna stands atop the stage in her abbreviated magician’s black tuxedo jacket with purple lapels, purple short-shorts, and a lavender corset, looking like she just stepped off the screen of Batman: The Animated Series. She’s also amazing her audience by holding aloft the bat that she just pulled out of her hat. The sculptor did a wonderful job capturing all her curves and supplying her with a pair of legs that just won’t quit. This is indeed the Bruce Timm animated style converted flawlessly to the third dimension. Of course, as I always mention when look at this line, these more simplistic animated sculpts require solid paint work to back them up, so how did we do here? 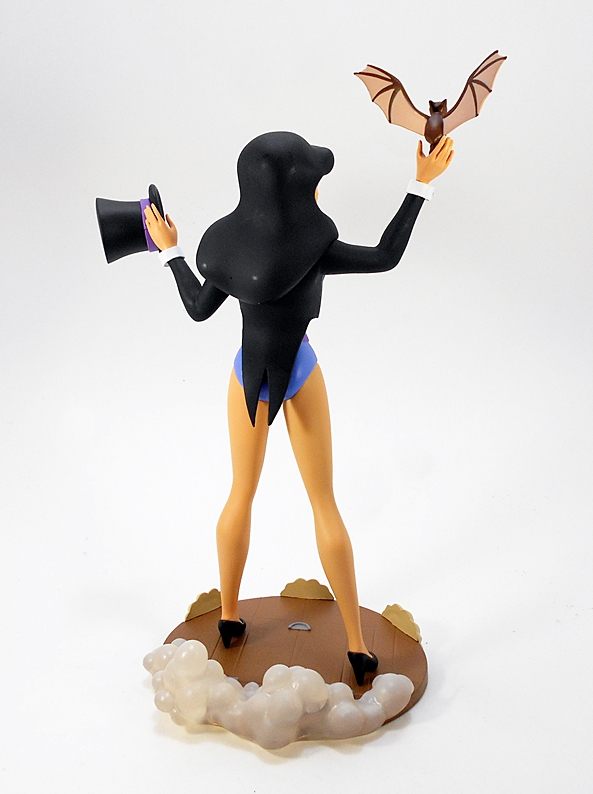 Well, the quality of paint in this line has very rarely been terrible, but it hasn’t always been as tight as it could be. When you’re dealing with budget statues, it just goes with the territory, but that can be a nerve-wracking situation when you have to buy these online and sight unseen like I do. If there was one character in this line I really wanted to be perfect, it was this one, and I’m happy to say, Zatanna is pretty close to it. Mine has some very minor rubbing on the surface of the back of her hair, but apart from that the paint here is very sharp, the white is clean, and the skin tone is smooth. In fact, I’d say that the paint here is rivaled only by my Talia Al Ghul as the best in this collection.

The portrait is also superb. Zatanna is offering her best, beaming smile and again, the paint on her facial features is just about flawless. I love this look for the character so much, especially after being less than thrilled enduring the many years of her New 52 make-over. 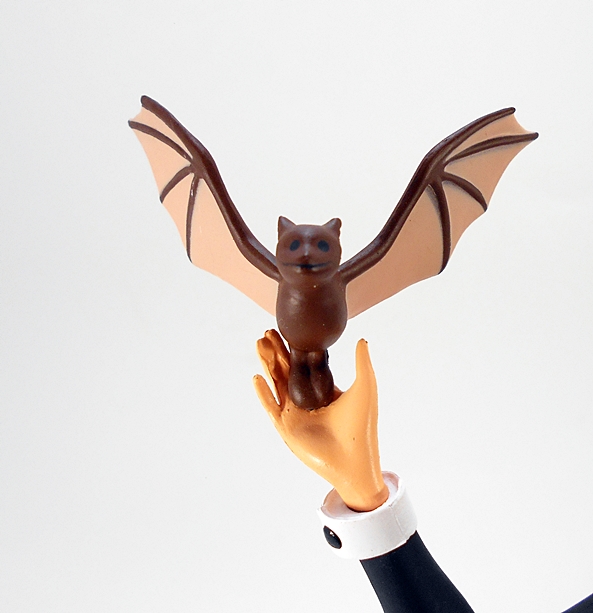 The bat and the top hat are both simple sculpts, but great additions to the statues composition. The simple eyes and smiley face they painted on the bat are just adorable. 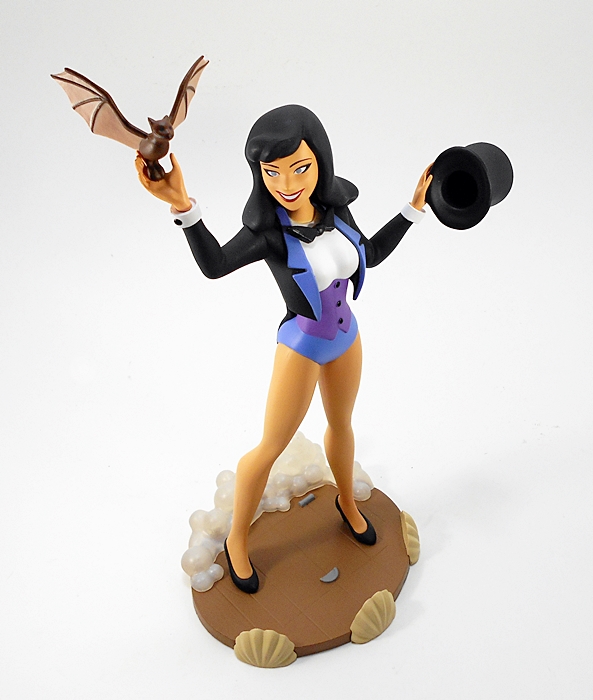 I’ll confess the base here threw me for a bit, but then I realized that the shells in the front are supposed to be stage lights and the bubbles in the back are just theatrical effects. If you look really closely, you can see the seams for the trap door she’s standing on with the gray hinges on the back and the handle on the front. They probably could have designed this to be a little more obvious, but once I put two and two together, I’m fine with what they did here.

I was apprehensive about picking this one up, because I think my expectations were running higher than this budget line could possibly produce. But now that she’s in hand, I’m so very happy to say that Zatanna turned out to be everything I wanted her to be. Indeed, I think the quality on this piece rivals some of DST’s own Premium Collection statues, which are much more limited and tend to run about two or three times the retail price. To say that I’m satisfied with what I got here for forty bucks would be quite the understatement. This line has always been decent, but here’s an example of it flat out amazing me.