Who’s ready for another Anime Saturday, eh? I’ve got quite a backlog of anime gals I want to get around to opening up and today I’m just pulling one at random off the pile. It’s Iona, the Mental Model of the renegade Fleet of Fog submarine I-401 from Arpeggio of the Blue Steel! If you haven’t seen this series yet, I highly recommend it and at only twelve episodes plus Cadenza, it’s a pretty quick ride. A while back I looked at Max Factory’s Figma of Iona and today I’m checking out Taito’s prize figure.

The figure comes in a fully enclosed box with perforations on the side to make handles. It’s pretty standard stuff for a prize figure, but it’s colorful, collector friendly, and features a shot of the figure on the front and some artwork from the anime on the side panel. There’s precious little in the way of English on the package, so you really need to know what you’re looking at here. Like Figma’s Iona, this one is also based off of her look from the post-series film and not from the series itself. That’s fine, but one of these days, I’d like to get a figure of Iona in her darker blue sailor uniform. 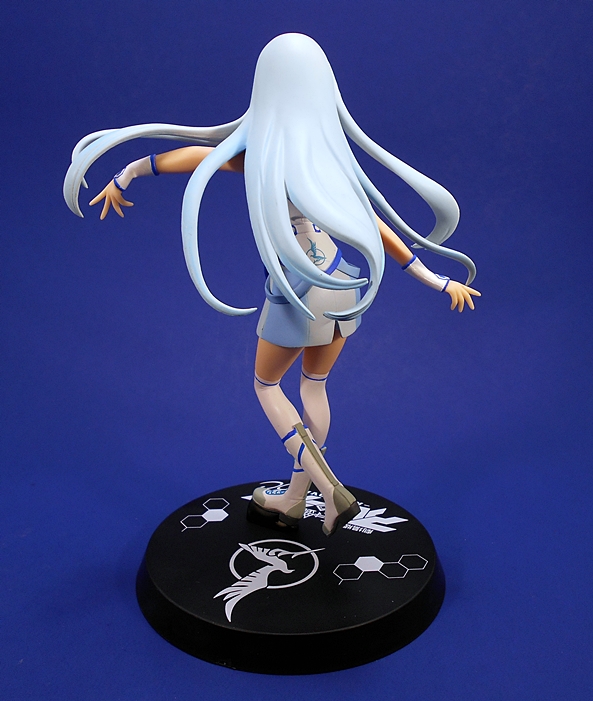 And here she out of the box, plugged into her base, and ready to go. At just under 8 1/2-inches, Inoa is closer to a fully scaled figure than your average prize figure. She actually scales perfectly with SEGA’s “Super Premium” releases. I like the pose well enough. Iona is balancing on her right foot with her left foot kicked up behind her a bit. Her arms are out away from her sides and her hair is kicking up around them. There’s a nice sense of kinetism to the composition and it shows off the figure splendidly.

As mentioned, the costume is the two-tone paler blue version, which most of the Iona merch tends to gravitate towards. She has a white sailor’s collar with blue striping, a pink neckerchief, white knee-high socks, and tall white boots with blue lacing. She also has her fleet insignia on the lower back of her blouse.

The portrait is pretty basic. I like the printing on her pale blue eyes and she offers a hint of a smile. The paint is overall fairly solid on this figure, although there are a few little blemishes here and there and the lines could be a little crisper. Still, I’ve got no complaints. afterall, these are the little things that set a twenty dollar figure apart from a hundred and twenty dollar figure.

I like the base a lot. It consists of a raised black disc with white printing, which includes the fleet insignia, some hexagons and the title of the anime with “Ars Nova DC” in English. 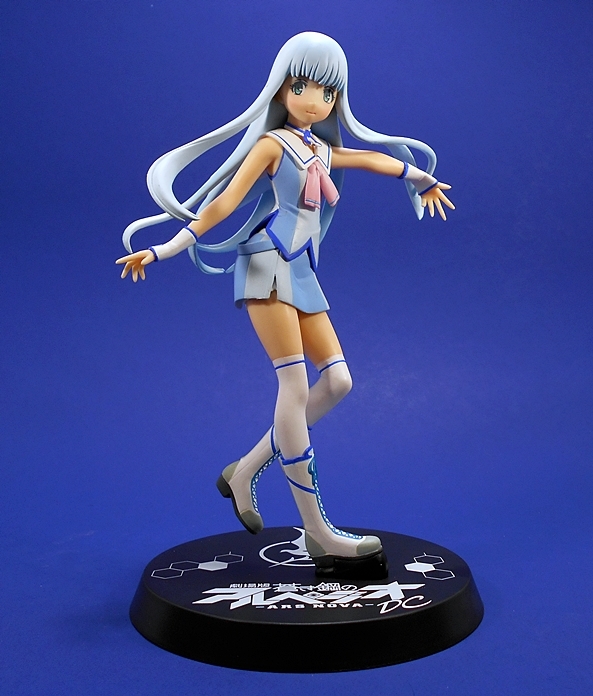 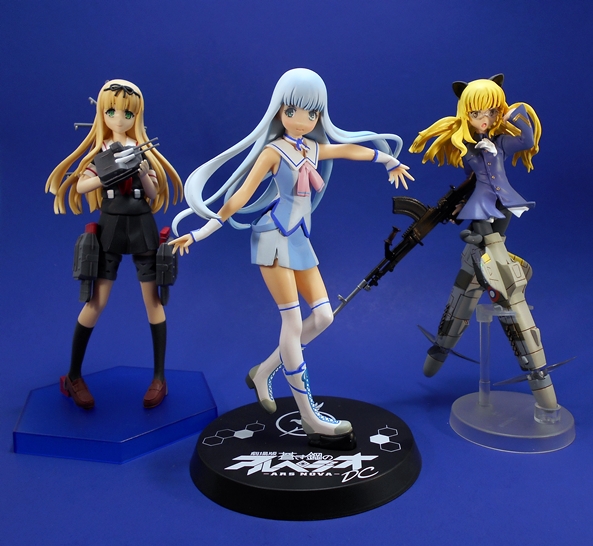 Now here’s the kicker: I paid less than $13 for Iona shipped from Amazon, where she’s still available at the time this review goes to press. THIRTEEN BUCKS! I’m still gobsmacked by what a great deal she is. Sure, there are better versions of Iona out there, if you’re looking to spend five to ten times that, and those figures are most definitely worth it. But, I get a kick out of hunting these less expensive prize figures, mainly because they still look great and I can put a lot more characters on my shelf and still stay within budget. Also SEGA does have a version of her in her darker outfit, and yes it happens to be on the way to me!