Marvel Monday is spilling over to Wednesday this week, folks, as I’m back to cobble together another Build-A-Figure after finally opening all the figures in the Wendigo Wave. And what a wave it was! Guardian, Nightcrawler, X-Force Wolverine, Boom-Boom, Mr SInister, and No Legs… er, I mean… Cannonball! And borrowing a piece that came with each of these figures allows me to build the Wendigo! It’s kind of like a big white furry Voltron! And he’s not only a giant snowbeast, but also a cautionary tale about what not to do when you get peckish out in the Canadian wilderness. This guy is pretty simple to build and comprised of the usual six pieces: Head, body, arms, and legs. And I’ll form the tail!!! Nope, tail is already attached. 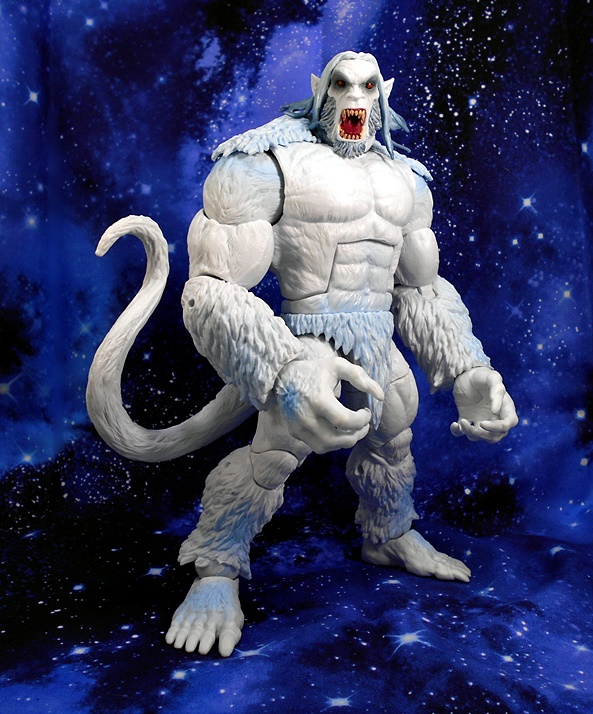 And once he’s popped together he is one beautiful beast! Wendigo does borrow some parts that Hasbro used on the Sasquatch Build-A-Figure, which certainly makes sense as they are both giant, lumbering, shaggy behemoths. And to be fair, Hasbro utilized a lot of new sculpting that they probably could have gotten away without doing. The furry groinular area, for example, is sculpted to hang down at more of a point than we saw with Sasquatch, and there are other subtle re-touches beyond what’s used to cover their junk. The entire body is sculpted with some light hair texture, but it gets particularly heavy around his lower legs, forearms, and his shoulders and back. Also, unlike Sasquatch, Wendigo’s got a long curving tail, which for some reason I find extremely unnerving. It’s part monkey, part cat, all horror! As expected, a lot of the coloring on this beast is white, but there are some hits of blue here and there, which break up what would be an otherwise monotone figure. He also has some gray on his hands and feet.

The head sculpt is pure nightmare fuel. I mean, holy shit! If I saw this thing in real life I’m pretty sure I’d piss my pants. I’m not even ashamed to admit it. The somewhat ape-like face features what looks like a normal head of human hair with his two pointed ears piercing through it on the sides. There’s some additional shag sculpted onto his cheeks and chin and it looks absolutely fantastic. The deep-set beady red eyes are darkened around the sockets and under his broad nose is a gaping maw filled with horrific looking yellow teeth, some of which are stained with blood. 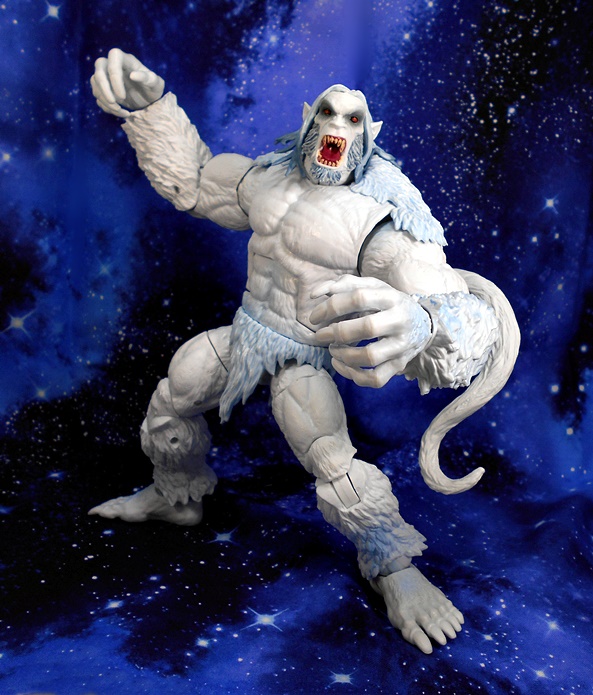 Articulation here is identical to what we saw with Sasquatch, so I’ll just refer you back to that review. I will say that while the articulation is excellent, my figure has some trouble staying together and that’s not something that I usually find with these BAF’s. The biggest offender is the head, which will pop out pretty regularly. The arms, come second. They don’t come out all the time when I’m posing him, but it doesn’t feel like there’s a lot holding them in place and it doesn’t take much for them to pop out. 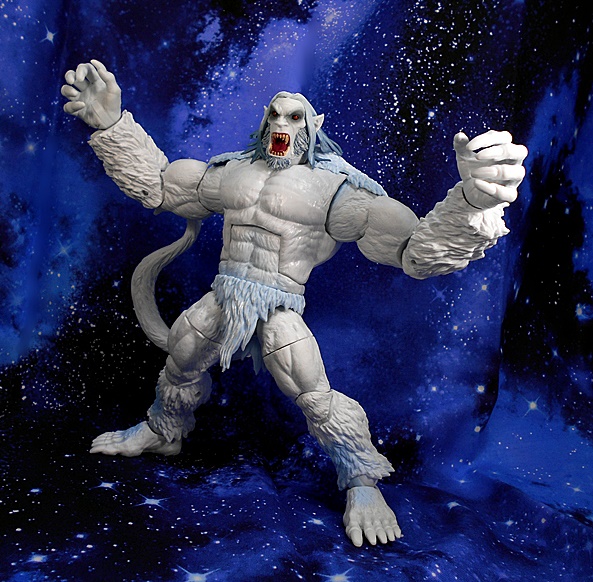 Besides being an excellent enemy for my Hulk or Wolverine to go up against, this figure is plenty versatile as just a big abominable snow creature. I can easily see using him with my Mythic Legions, or hell if I want to really make him seem big I can have some of my arctic GI JOE‘s fight him. Either way, he’s a beautiful BAF and a very nice bonus for collecting a damn fine assortment of figures. And that’s another wave of Legends in the bag. Next week, I’ll probably take a look at an exclusive or a one-off or something before diving into another wave. And who knows? I might even have time to come back and sneak in a third review this week on Friday.