Well, here we are at last. After something like 18 straight weeks, we’re at the final Mythic Legions Wednesday. I’d say it’s a sad day, but then I look at the magnificent shelf of figures and realize that isn’t the case. And besides more are on the way. I didn’t save any special figure for the last slot. In fact, we’re just checking out one of the Legion Builders, which are sort of the budget figures in the line, but considering the consistency of quality here, he’s still a fine release to end on. Once again, I don’t have a package shot, because I prematurely put them all into storage. D’oh! But just click back to any one of the Mythic Legions features and you’ll get a good idea of what to expect from the presentation.

As a Legion Builder, this guy is basically a rank-and-file soldier for the dreaded Orc army and he fits that bill quite well. As one might expect by now, this soldier is a composite of parts from both The Urkku and Urzokk. He has the full plate armor of Urzokk, minus the upper arms and upper legs, which are left bare. He also features those same chunky and angular boots, gauntlets, and shoulder armor that these Orcs like to wear. The armor is painted entirely in a darkened iron finish, which is wonderfully appropriate for an Orc Trooper. And while the Knight and Dwarf Legion Builders were almost all one color, this guy mixes things up a bit by showing some of his green skin. My figure has some stray armor paint on his right shoulder, which is one of the very few examples of paint flubs that I’ve seen in this line. Luckily, I can pass it off as just dirt. 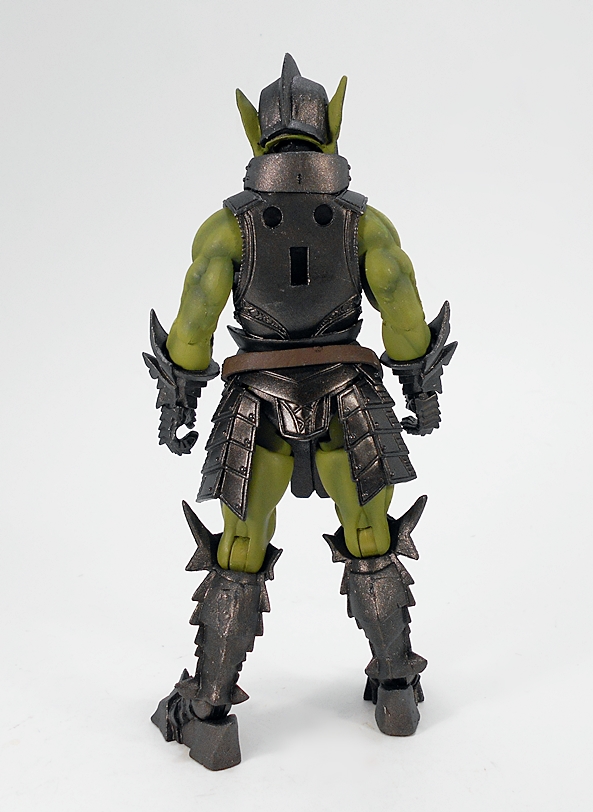 From the back, you can see the sockets for the shoulder armor as well as that rather annoying square slot that currently serves no purpose. I know, it’s compatible with the wing packs, T4H are selling, but who is going to put wings on an Orc? WHO??? Once again, I say they should release plugs with sockets to allow the shields to peg in there. This guy doesn’t come with a shield, but a similar plug with a clip on it could be used to hold the axe across his back. That would be cool! 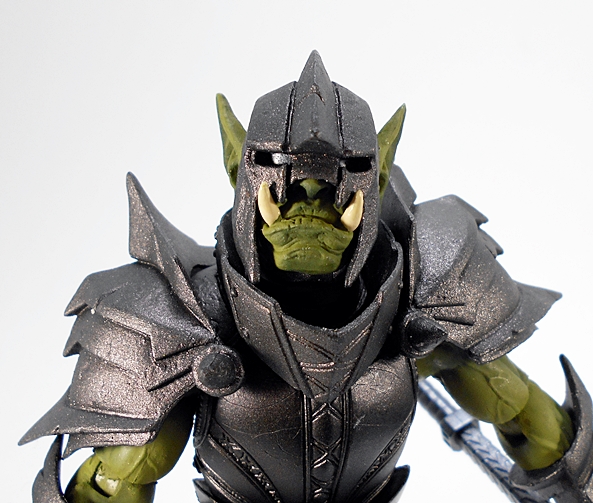 The head is a straight repaint of the one used on The Urkku, with the helmet painted to match this darker armor. It makes sense, as both are anonymous troop builders. I still really dig the design of this helmet, especially the crest, and the way it shows off the Orc’s tusks and pointed ears. The helmet features some wonderful pitting and a formidable nick across the crest, probably from a hero’s axe. 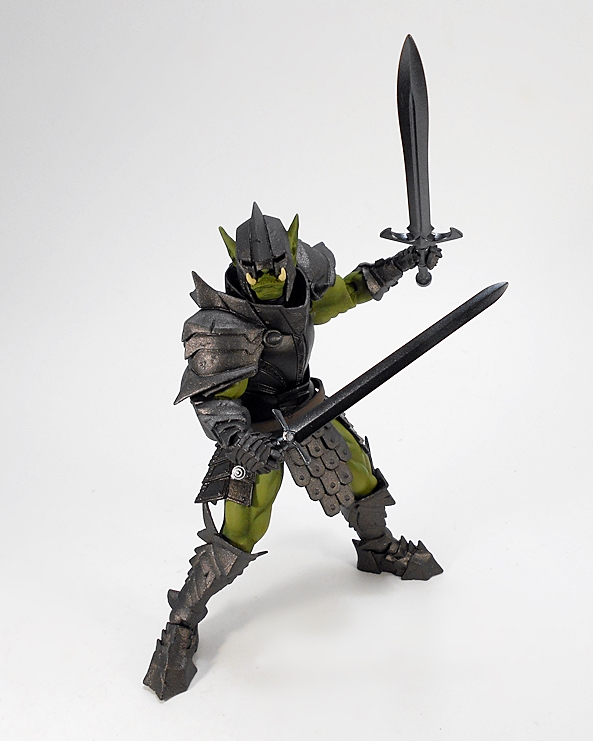 In terms of weapons, this Orc Trooper comes with both the long two-handed and short single handed swords, each painted to match the armor. You also get the brown belt, which can be worn on the hip or across the chest. This allows for a nice bit of variations if you have several of these guys. Display him with one shoulder, no shoulder, sword across the back, sword on the hip, you’ve got options! If they come up for sale again, I’m after two more. My one complaint about the Legion Builders has been where the weapons were painted all gold, which doesn’t really suit troops. In this case, the dark color makes them look perfect as common issue weapons. I would have been happy if all the Legion Builders’ weapons were painted like this. 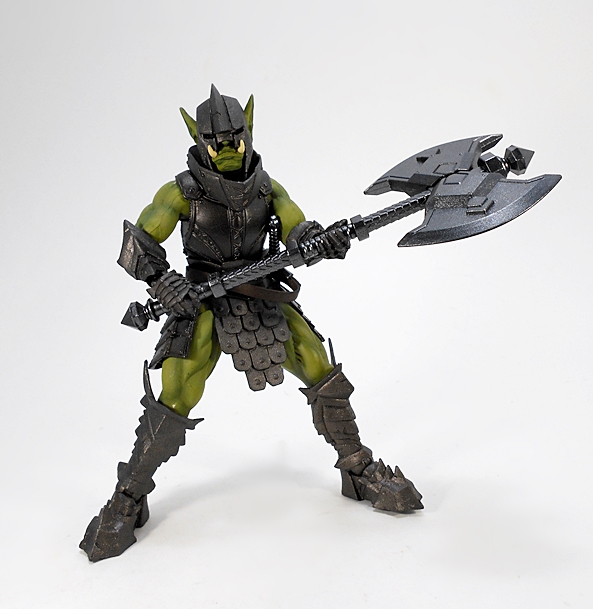 And the axe makes its final appearance. Once again, you can swap out the blades to make it single or double. Again, this piece looks great in the darker color. 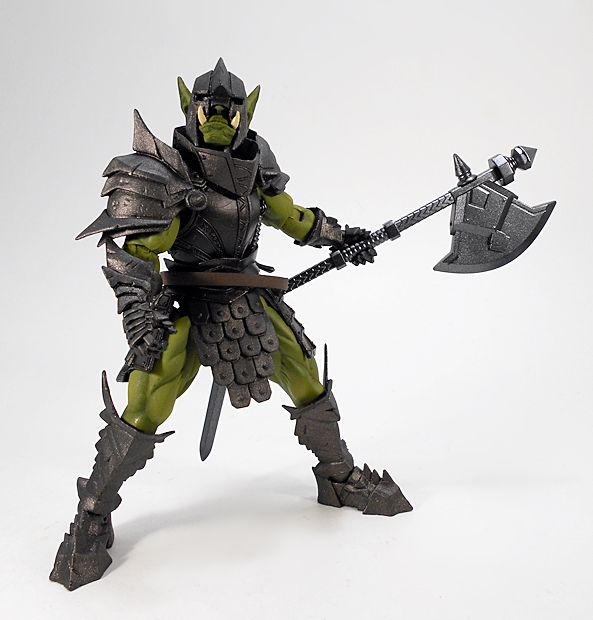 Yes, it’s hard to believe that this guy featured as one of the budget Legion Builders, because he’s still an incredible figure and I’d argue the best of all the Legion Builders I own. Better than the skeleton? Oh, riiiight, you didn’t get that one. SHUT THE HELL UP RIGHT NOW!!!! Anyway, I don’t want to get all sappy, because I’ll have more Mythic Legions features before the end of the year, and we’ve got tons of new figures set to release in the near future. So let me just say this: Mythic Legions is an action figure line that is so good, it’s made me re-evaluate some of my other collecting habits. It’s one of the first times in a while that I’ve actually sold some stuff off in order to afford the initial offering, and I still regretted not picking up everything. I’ve also planned to trim other areas of my collecting next year to prepare for the onslaught of Wave 2.0. Among all the stuff vying for my disposable income, Mythic Legions has actually become a top priority, and that’s saying a lot.