After jumping ahead for a few weeks, I’m dialing it back to the Sandman Wave of Marvel Legends! This is probably the longest its ever taken me to review a wave, and since I’ve already looked at Ms. Marvel, Shocker, and Symbiot Suit Spidey, today’s review puts me about halfway toward the goal of finally building my Sandman BAF. Today I decided to open up Jackal, because… well, I had to eventually… I guess.

And yup, here he is. If nothing else, The Jackal can boast a long history. He’s been a part of Spider-Man in one way or another since before I started reading the comic, and that’s saying something, because I’m very old! With that being said, the character has never appealed all that much to me. His back story is pretty goddamned lame and the less said about The Clone Saga the better. And yet, I still can’t resist adding another Spidey villain to my shelf, so let’s open him up and have a look! 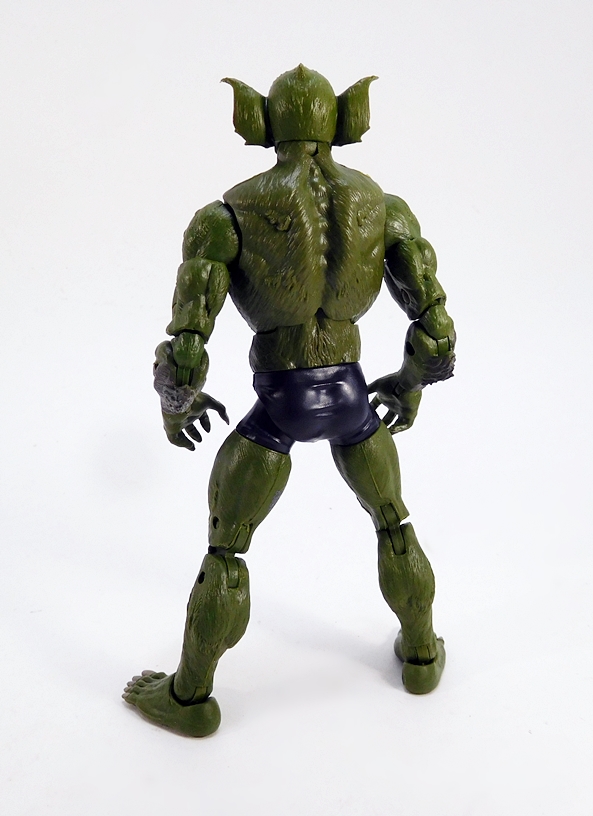 Well, in fairness this is a great looking figure. It’s based off the classic look for Miles Warren, As I understand these days The Jackal is wearing a suit and an Anubis mask. Anyway, the sculping here is quite good and features some great muscle tone and detailed fur covering most of the body. In fact, I’d say it’s almost too good. If you handed this figure to a non-fan, they’d just think he was some kind of monster. I think a few minor nods to this being a suit would have been damn cool. No, you really can’t tell it is in the comic art either, but maybe a little subtle stitching here and there. I guess I can pretend that the plastic seams on his legs are seams in the suit. Either way, in addition to the sculpted detail, there are some nice color variations in the chest and forearms, and both the claws and toenails are painted white. Wrap it all up with a pair of blue shorts and I’m very pleased with how this guy came out.

The head sculpt is also excellent. This is one of those portraits where you can tell they had fun with it. The contours of the face and the jawline are well defined, the sharp nose has a little crinkle in the bridge, and I love those Gremlins-esque ears. The pink inside even shows off some of the half-tone printing that Hasbro has been using lately. Finally, the piercing yellow eyes with dark outlines, and the full rictus grin of teeth both add to the wonderful personality on display here. This is some fantastic work. 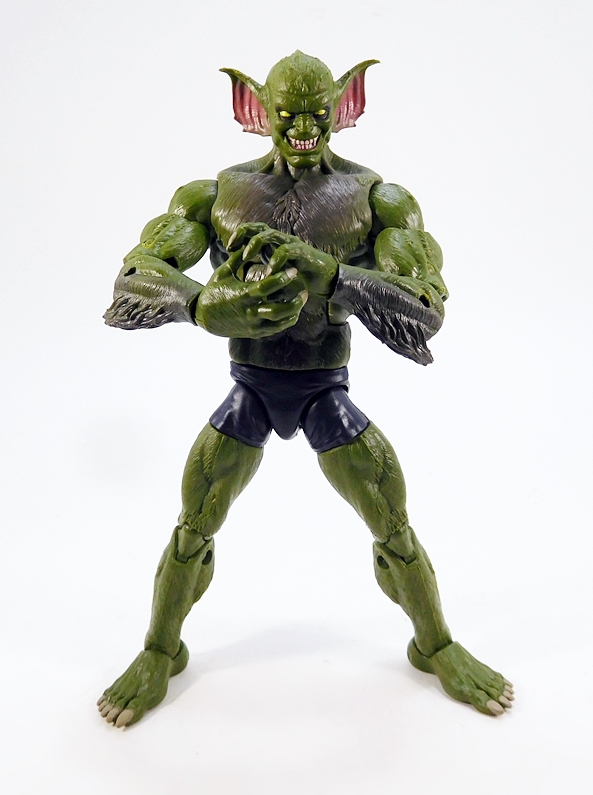 I also really dig how big they made his claws. I mean, they aren’t like Anti-Venom huge, but they’re still some sizeable meat hooks that look even bigger because of his smallish body. 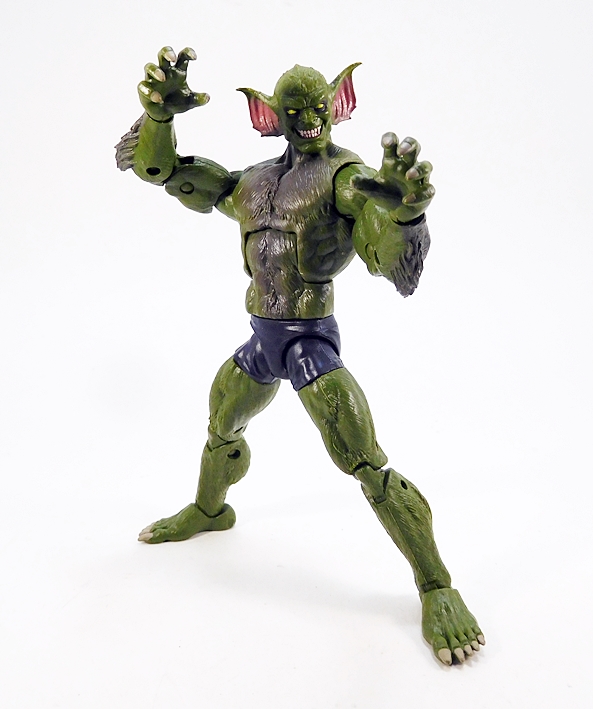 The articulation here is standard stuff with rotating hinges in the shoulders and wrists, and ball joints in hips, but the figure’s build does allow a wide range of motion in those double hinged elbows and knees. The ankles have both hinges and lateral rockers, there are swivels in the biceps, thighs, and waist, an ab-crunch hinge below the chest and both a hinge and ball joint in the neck. I think this figure would have really benefitted from the added shoulder crunches we usually get on the Spider-Man figures, but that might have been more than Hasbro wanted to invest in this character.

The Jackal is one of those figures that is all about the Universe building for me. I want as many characters on my Marvel shelves as possible, and yes that even includes the ones that I really don’t give a crap about. Maybe I’m being too hard on him. Maybe I should re-read some of the books he’s in, just not any of that Clone Saga crap. Either way, Jackal is a damn fine figure and the great thing about a line like Marvel Legends is that while I may not be excited about this one, I’m sure there are fans out there jumping for joy. And I’ve been on the other side of that situation plenty of times, so I say Good on you, Jackal fans. Enjoy!